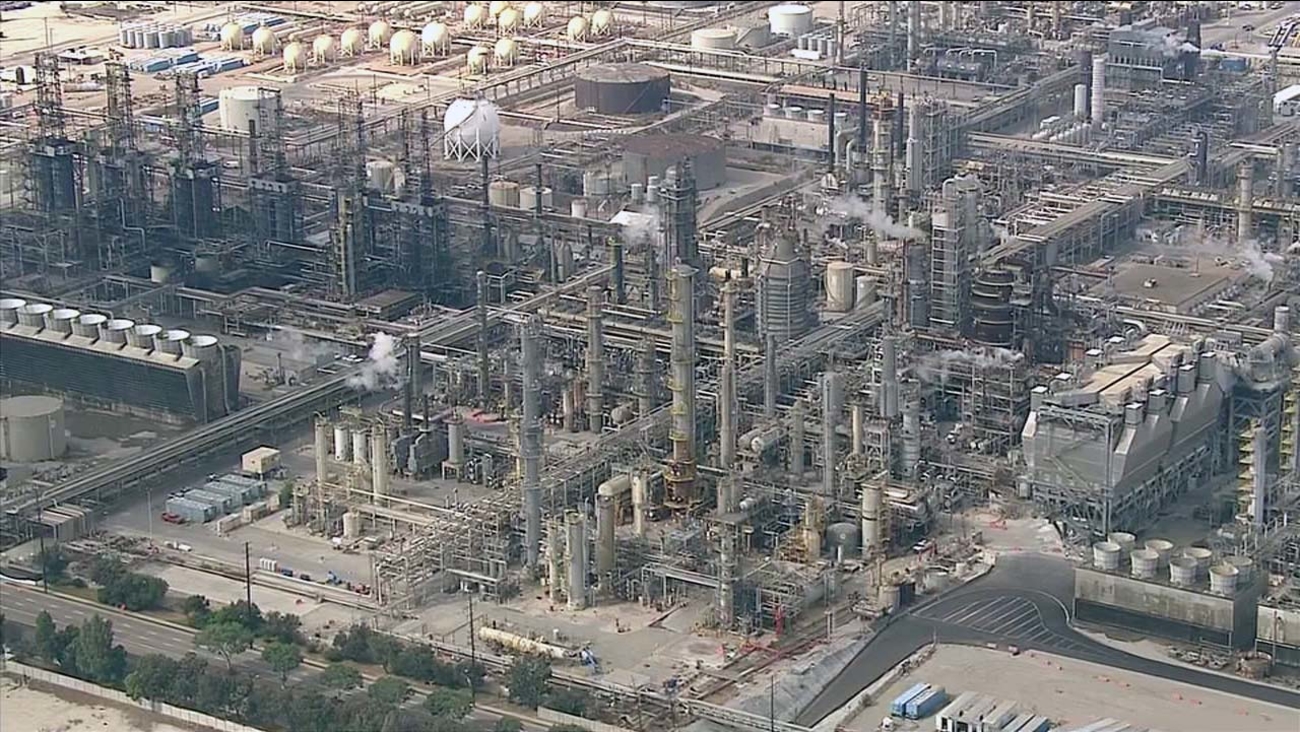 An undated file photo of the Exxon Mobil refinery in Torrance.