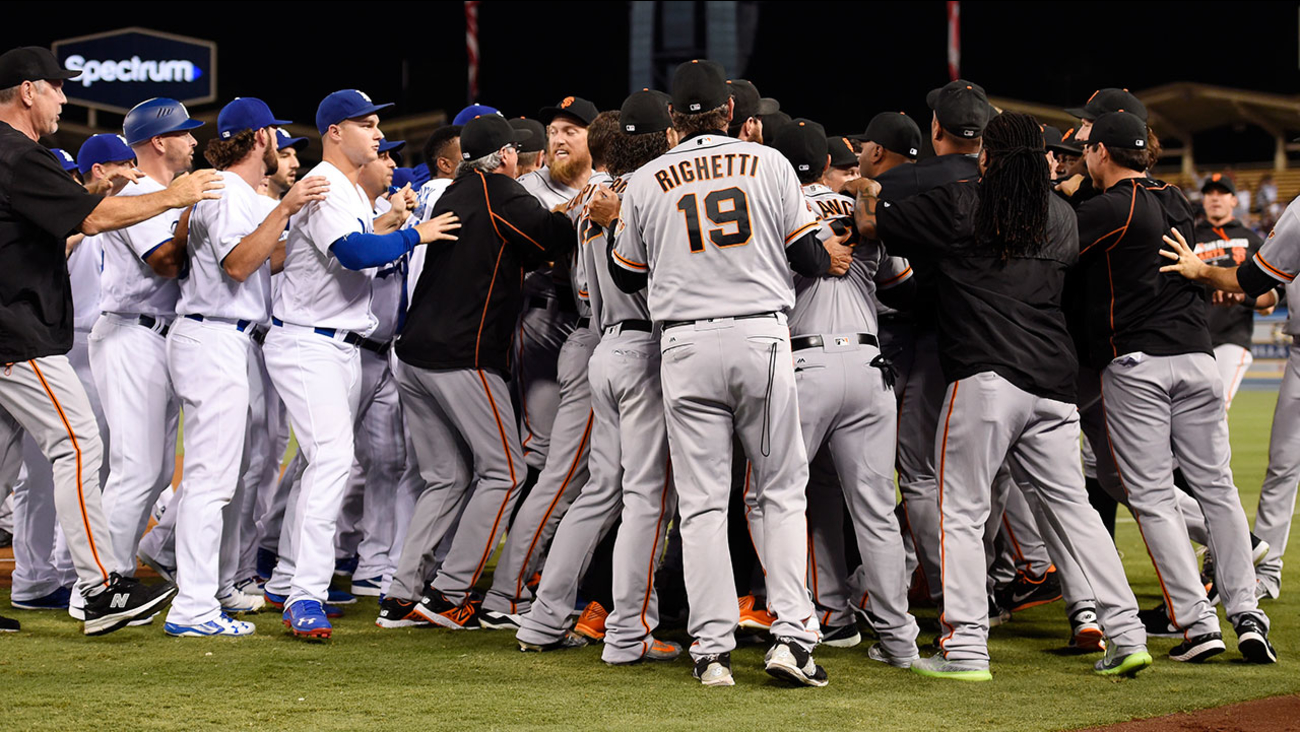 The Giants and Dodgers scuffle after Yasiel Puig was thrown out at first by San Francisco pitcher Madison Bumgarner. (AP Photo/Mark J. Terrill)

KABC
By ABC7.com staff
LOS ANGELES (KABC) -- In one of Vin Scully's last games at Dodger Stadium, he got a chance to call a bench-clearing shoving match between old rivals the Dodgers and Giants.

The scuffle broke out in the 7th inning as San Francisco pitcher Madison Bumgarner threw out Yasiel Puig at first off a ground ball to close the inning.

Bumgarner began jawing at Puig, who barked back and started advancing toward the pitcher.

Members of both teams quickly jumped in and the benches cleared, resulting in plenty of pushing and shoving, but no apparent solid punches.

Bumgarner and Puig going at it. Scully on the call. Classic. pic.twitter.com/Ecj8IiDJpw

Puig responded with "What are you gonna do to me? What you do to me?" according to Scully's best efforts at lip-reading and talking to others on the field.

The game ended in a Dodgers' 2-1 win after Adrian Gonzalez hit a game-winning double in the ninth inning.

Scully, 88, is retiring at the end of this season after 67 years with the Dodgers, making him the longest-tenured broadcaster with one team in professional sports.