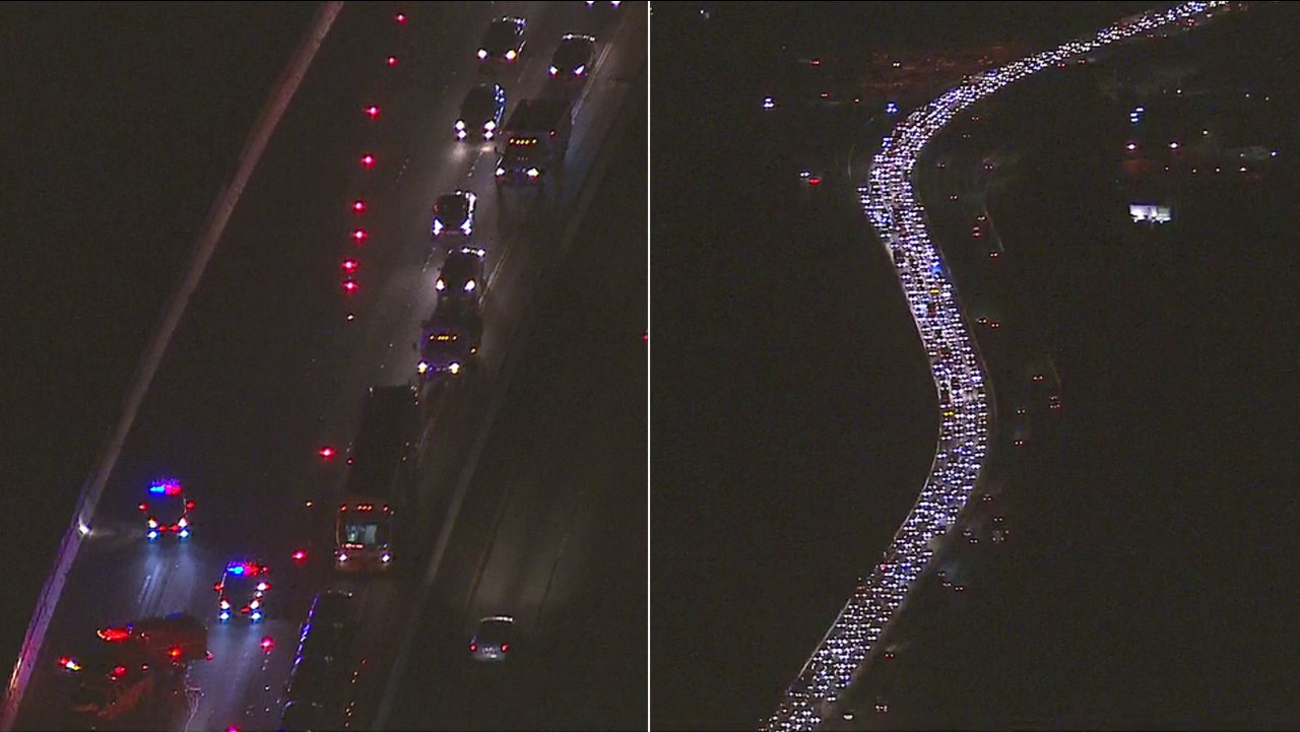 A multiple-vehicle crash blocked lanes on the westbound 10 Freeway near Holt Avenue in West Covina on Tuesday, Sept. 27, 2016.

A 10-vehicle crash in West Covina on Tuesday morning prompted a SigAlert and the temporary closure of all lanes on the westbound 10 Freeway.

The collision happened shortly before 5 a.m. near Holt Avenue, according to an incident report from the California Highway Patrol. It was not immediately clear how many people were possibly injured.

Throughout the cleanup and investigation at the scene, lanes remained open on the eastbound side of the freeway.

Aerial footage from AIR7 HD showed traffic backed up for some 11 miles on the westbound side of the interstate.

The lane closure was initially expected to last until about 7 a.m., the CHP's Southern Division said on Twitter. The reopening occurred about 15 minutes before the estimated time.

SIGALERT UPDATE IN WEST COVINA: WB I-10 AT HOLT AVE., THE # 1 LANE IS OPEN, ALL OTHER LANES REMAIN BLOCKED FOR APPROX. 1 HOUR