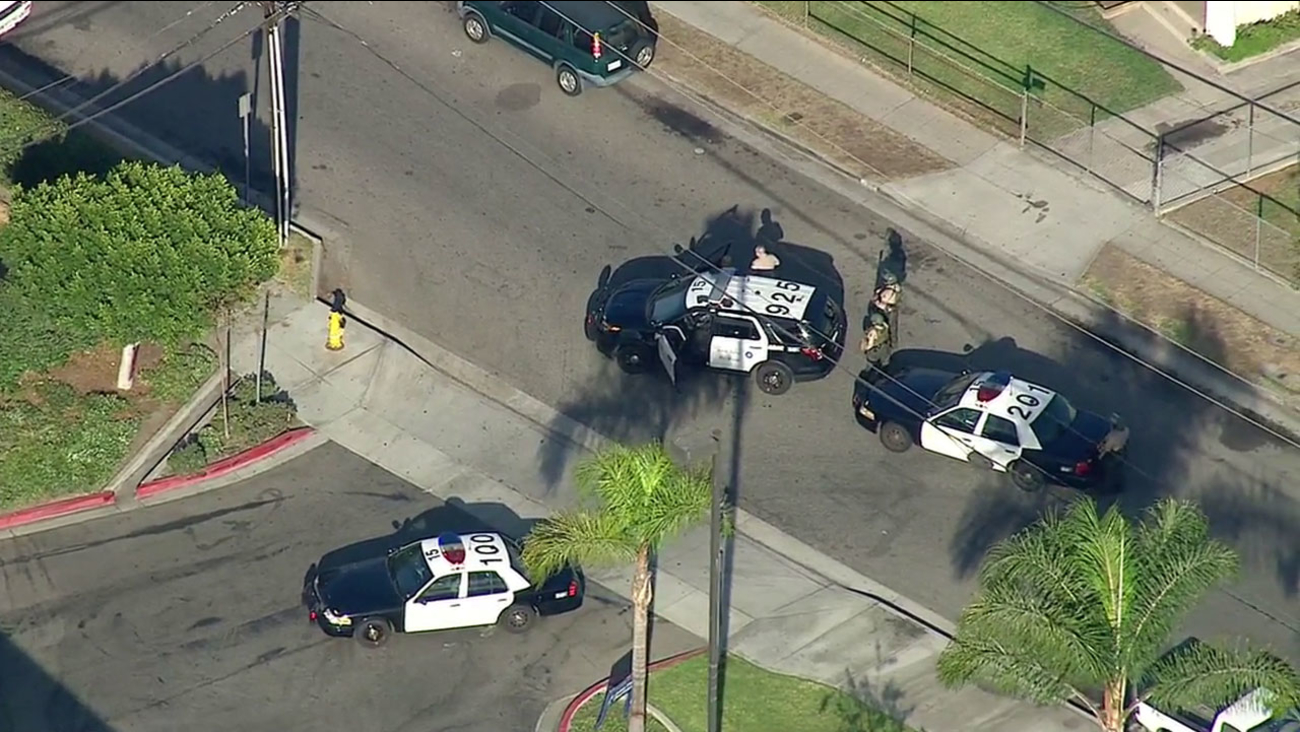 Authorities cordoned off an area in the 4300 block of Passons Boulevard in Pico Rivera to search for an active shooter on Friday, Oct. 7, 2016. (KABC)

PICO RIVERA (KABC) -- Los Angeles County sheriff's deputies looked for a man with a gun Friday afternoon in the Pico Rivera area after a report of shots fired. They did not find a gunman or any injuries and cleared the scene about 90 minutes after responding.

The report of shots fired came in at about 4:09 p.m. in the 4300 block of Passons Boulevard. A SWAT team responded to the scene and deputies set up containment in the area. Some local roads were closed.

Deputies checked local hospitals for potential injuries, but did not report finding any.

The sheriff's department initially treated the incident as a potential active shooter at-large in the neighborhood. They later said they were treating it as a man-with-a-gun call as they continued to search the area.