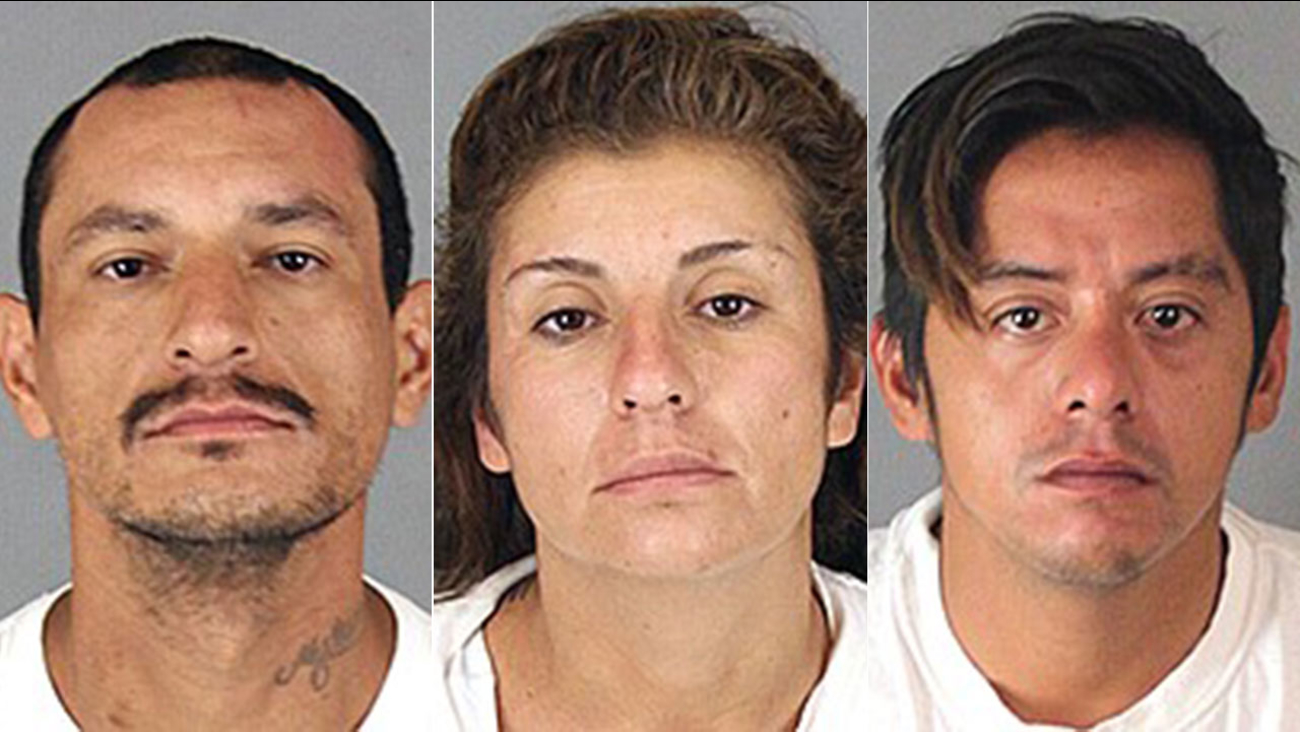 MEAD VALLEY, Calif. (KABC) -- Three people were arrested after the discovery of human remains on a Mead Valley property and officials are trying to determine if they are connected to the disappearance of a 28-year-old Riverside man who went missing last month.

Investigators working on the disappearance of Samuel Joel Galvan served a search warrant at a home in the 21800 block of Old Elsinore Road in Mead Valley, Riverside County on Oct. 14. They said they found human remains on the property but were unable to immediately identify the remains.

Officials are working to identify the remains.

Galvan was last seen Sept. 11. He left his home in Riverside's Orangecrest neighborhood around 2 a.m. and did not return. A week later, the family received a notice in the mail saying his car had been impounded in Corona. Riverside police and the county sheriff's department investigated his disappearance.