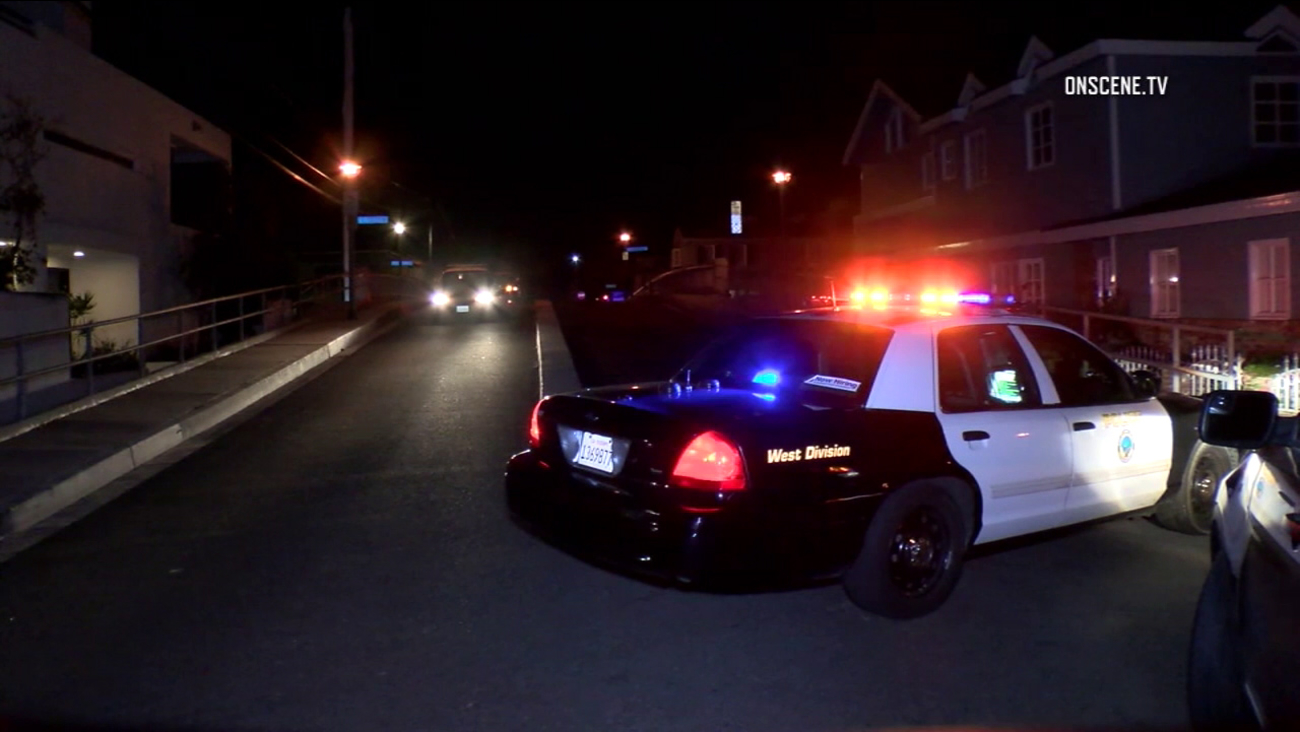 An investigation was underway on Thursday, Oct. 20, 2016, after a Long Beach Police Department officer shot and wounded a man who authorities said was armed with a knife. (OnScene)

LONG BEACH, Calif. (KABC) -- A Long Beach police officer shot and wounded a 25-year-old man who had cut his own throat with a knife Thursday evening outside a home in Naples, authorities said.

Officers were dispatched at about 9:30 p.m. to the 100 block of the Colonnade following a resident's report of an intoxicated man attempting to enter a home through the front door, according to the Long Beach Police Department.

Officers arrived at the location and spoke with the resident, then saw the suspect walking on a sidewalk, a police statement said.

"As the officers followed him, he suddenly stopped, turned around, drew a knife to his own throat and began cutting it repeatedly while advancing on the officers," the news release said.

Police ordered the man to drop the weapon, according to the statement, but before they could deploy less-than-lethal devices he "raised the knife towards the officers while quickly advancing at them, and an officer-involved shooting occurred."

The officers administered first-aid to the suspect while waiting for paramedics to arrive, authorities said.

The man was transported to a hospital, where he was listed in critical but stable condition after undergoing surgery, according to police. It was unclear how many times he was struck by gunfire.

The officers were not injured.

The suspect was subsequently identified as Richard Everhart, a Lakewood resident. He was in custody on suspicion of assault with a deadly weapon on a peace officer, the news release said.

An investigation into the incident is ongoing.