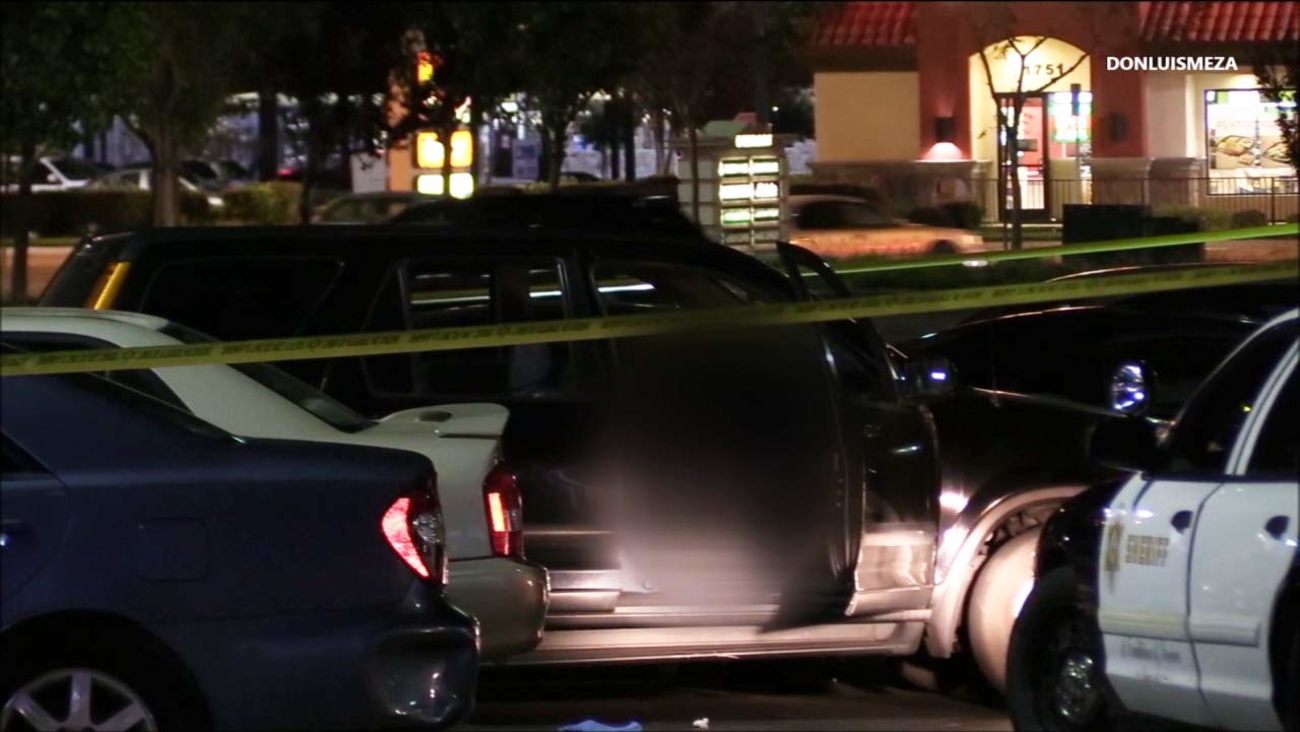 Crime scene tape ropes off an area in a Lancaster parking lot, where a security guard was found shot in the head inside a car on Monday, Nov. 7, 2016.

LANCASTER, Calif. (KABC) -- Homicide detectives are investigating the death of a security guard found shot in the head inside a car at a strip mall parking lot in Lancaster.

Los Angeles County sheriff's deputies responded to the mall at the 1700 block of East Avenue J at around 7 p.m. Monday following a report of a gunshot victim.

When they arrived, deputies found a 21-year-old man with a gunshot wound to the head. Investigators said the victim was found inside a car parked in the parking lot near the back of the mall, where he reported;y worked as a guard.

He was pronounced dead at the scene by paramedics.

Authorities said it was not clear if the victim shot himself or if the second security officer shot him.

The victim's gun was recovered at the scene.

The investigation is ongoing. If you have any additional information about this incident, you're urged to contact the LASD's Homicide Bureau at (323) 890-5500. You can also submit anonymous tips by calling L.A. Crime Stoppers at (800) 222-TIPS.
Related topics:
lancasterlos angeles countymallshootingman shotguns
Copyright © 2021 KABC-TV. All Rights Reserved.
More Videos
From CNN Newsource affiliates
TOP STORIES