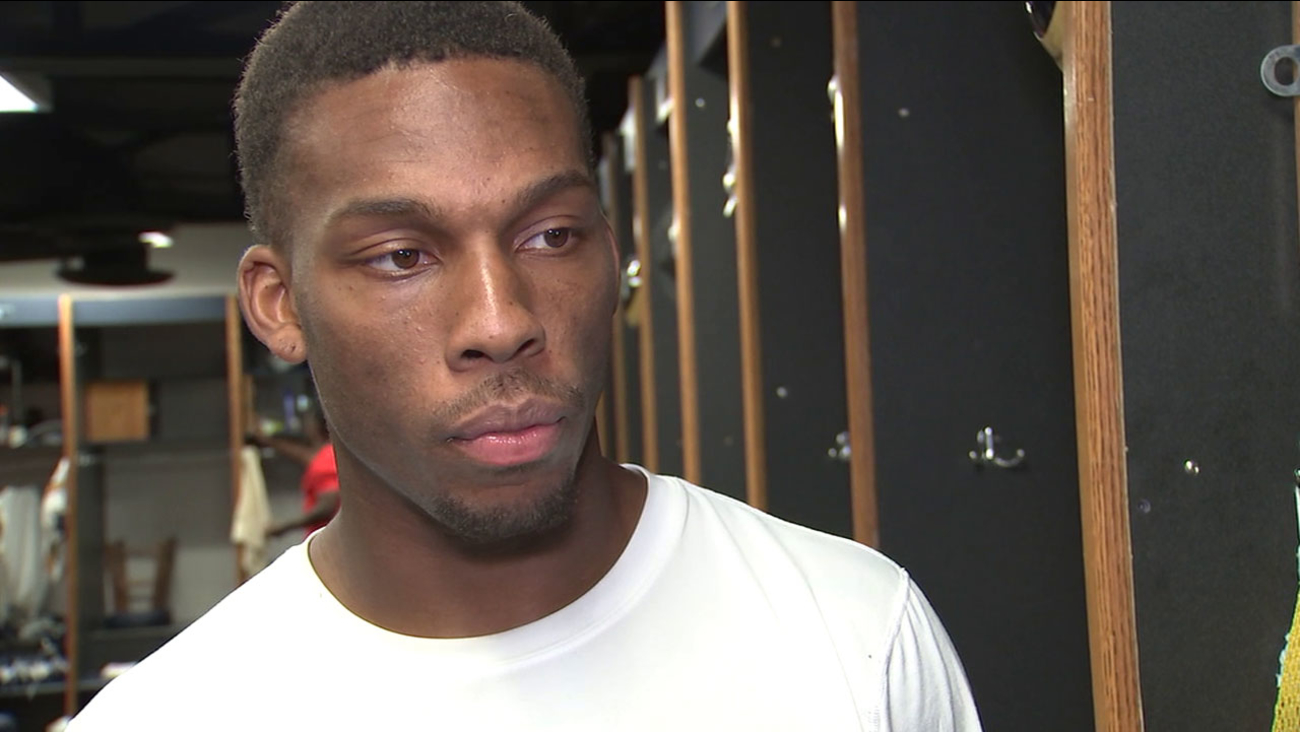 LOS ANGELES (KABC) -- Los Angeles Rams cornerback Troy Hill was arrested on suspicion of DUI early Saturday morning after crashing into the back of a semi-truck on the 101 Freeway in Encino.

Authorities said around 7:43 a.m., they received a call regarding a crash on the westbound 101 Freeway, west of Haskell Boulevard. The crash involved a white Mercedes-Benz C350 and a semi-truck.

When officers arrived, they conducted a traffic investigation. One of the drivers identified himself as Hill and told officers he was with the Rams. During the investigation, authorities learned Hill was traveling around 60 mph in his Mercedes in one of the lanes.

For an unknown reason, Hill's car swerved to the right and crashed into the back of a semi-truck a few lanes over that was traveling around 50 mph.

Investigators at the scene said they noticed Hill appeared intoxicated and conducted a DUI investigation and a field sobriety test. Officers determined Hill was under the influence and arrested him.

He was taken to Los Angeles Police Department's Van Nuys jail where he was booked on suspicion of DUI. He was later released on $15,000 bail.

The Rams issued a statement in response to Hill's arrest.

"We are aware of the incident involving CB Troy Hill that occurred Saturday morning. As it is an ongoing legal matter and we are still gathering information, we will have no further comment at this time," the statement said.