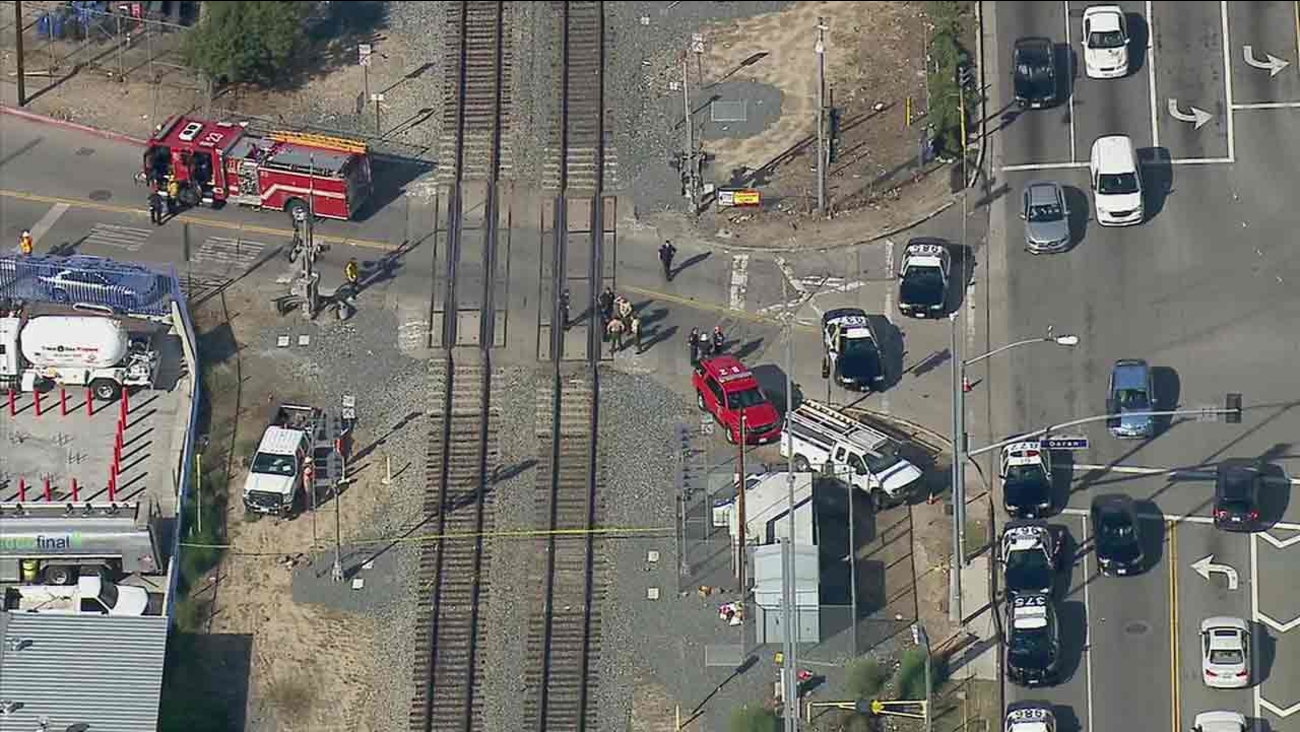 Firefighters and other emergency crews investigate the scene where a person was fatally struck by a train in Glendale on Monday, Nov. 21, 2016.

GLENDALE, Calif. (KABC) -- A person was killed after being struck by an Amtrak train Monday afternoon in Glendale, authorities said.

The collision was reported at around noon in the area of San Fernando Road and Doran Street, according to the Glendale Police Department.

Glendale firefighters and police responded to the scene and found an unidentified male died from his injuries.

Train services between Burbank and downtown were impacted, and passengers had to be moved to buses.