VIDEO: Firefighters rescue dog from burning home in Riverside, give oxygen to pet overcome by smoke 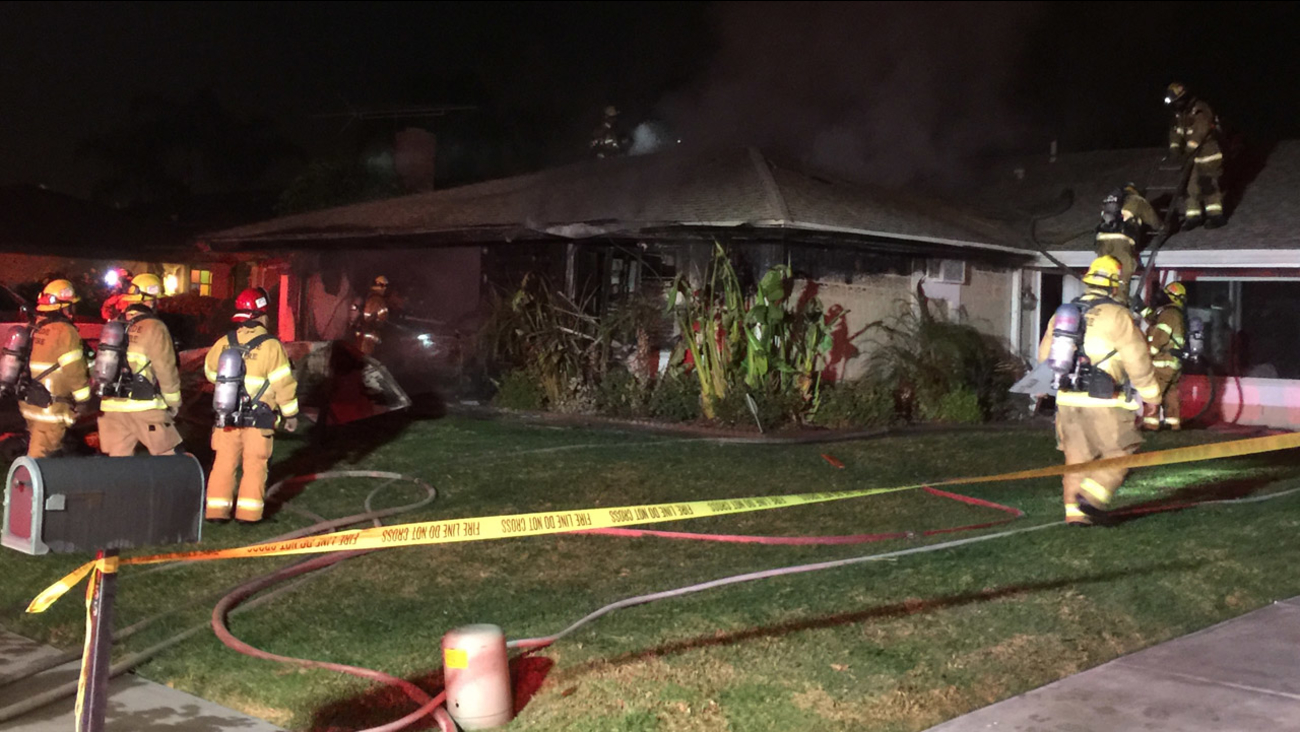 Firefighters responded to a fire at a Riverside home in the early morning hours of Monday, Nov. 21, 2016. (Riverside Fire Department)

RIVERSIDE, Calif. (KABC) -- Firefighters rescued a dog from a burning home in Riverside early Monday morning and administered oxygen to the animal while extinguishing the blaze.


The fire was reported at 1:15 a.m. at a one-story house in the 4400 block of Pershing Drive, where a burning vehicle contributed to heavy flames emanating from the garage, according to the Riverside Fire Department.

Two people inside the residence escaped unharmed after neighbors alerted them to the fire, the department said in a statement.

As 19 firefighters knocked down the blaze and conducted a search of the residence, they discovered a small dog that had been "overcome by smoke," the news release said.

Video posted on the agency's Facebook page shows firefighters on the front lawn "giving the animal oxygen through a special mask designed for dogs."

"After about 15 minutes, the dog was up and around, and was reunited with its owner," according to the Fire Department.

The garage and the vehicle inside were destroyed in the incident, and half of the living area sustained damage by smoke and water.

The cause of the fire was under investigation.
Related topics:
riversideriverside countyfirehouse firedogfirefighters
Copyright © 2021 KABC-TV. All Rights Reserved.
More Videos
From CNN Newsource affiliates
TOP STORIES