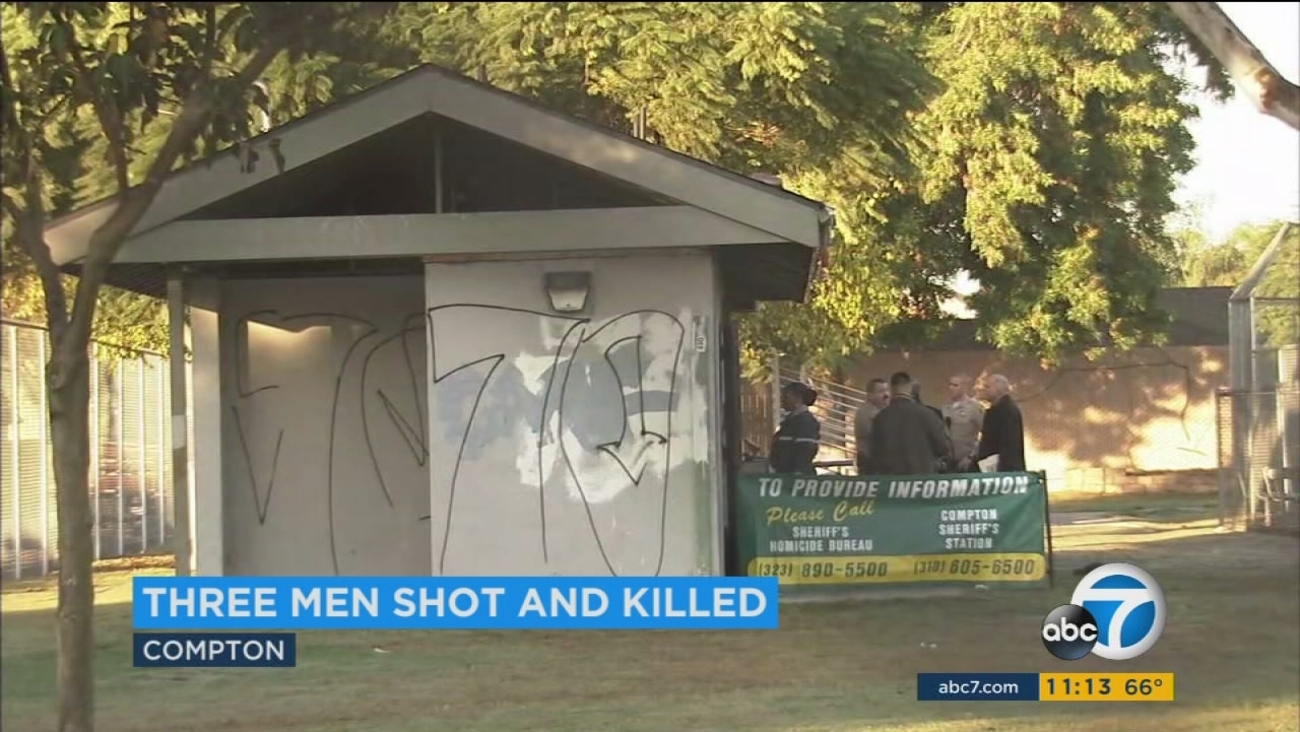 Investigators are seen at a Compton Park, where three men were found fatally shot inside a maintenance shack on Tuesday, Nov. 22, 2016. (KABC)

COMPTON, Calif. (KABC) -- Officials released the names of two of the three men whose bodies were found inside a maintenance shack after an apparent gang-related shooting Tuesday night at a park in Compton.

Andrew Moreno, 21, a homeless man, and Juan Lara, 22, of Compton, were identified Thursday by the Los Angeles County coroner's office. One of the victim's family members had given his name as Jesus Lara in interviews with the media on the day after the shooting.

The deceased were each shot in the upper torso, investigators said. They were located just after 11 p.m. Tuesday at Raymond Street Park in the 400 block of Raymond Street, prompting a response from Los Angeles County Sheriff's Department deputies.

The discovery followed what Sheriff Jim McDonnel described as "an interaction between two groups" sometime between 9 p.m. and 11 p.m.