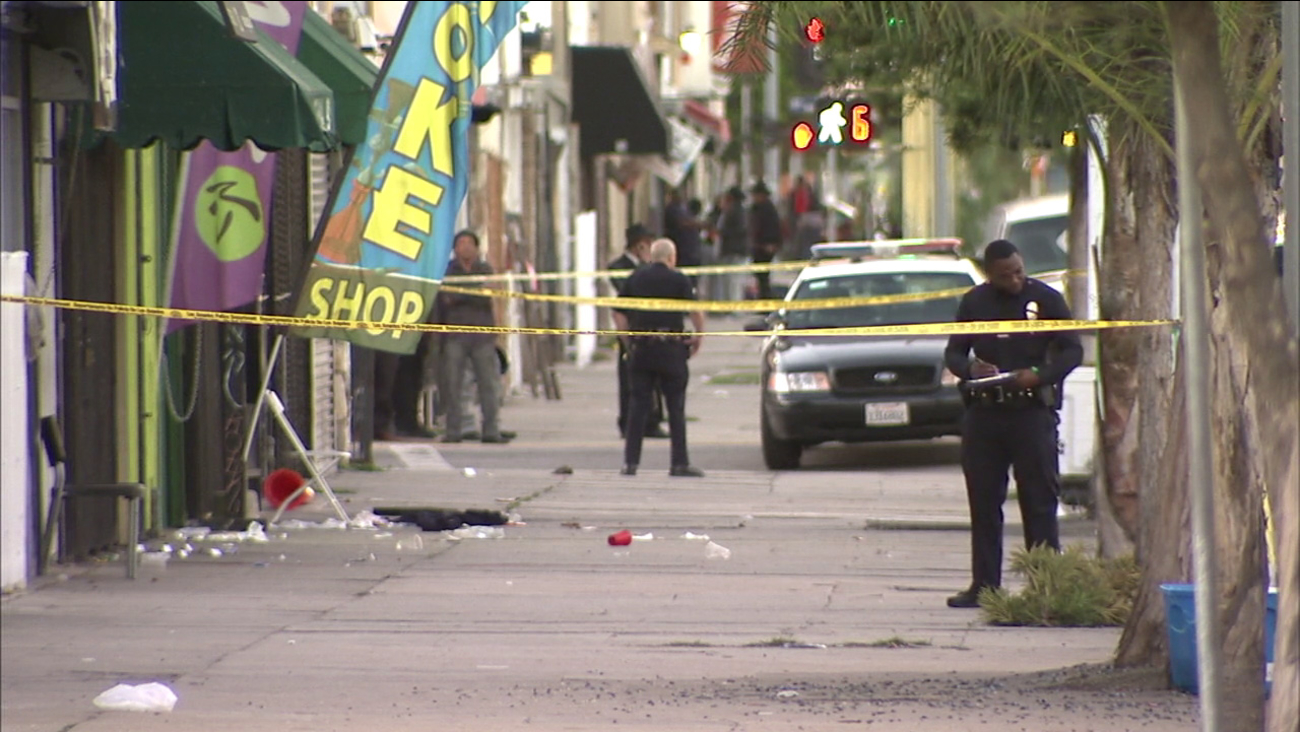 A "large party" had been held at the location, and officers arrived to find people loading possible victims into vehicles and whisking them away, the commander said.

Three males and a fourth person, each of whom suffered gunshot wounds to their legs, were transported to hospitals by firefighters. One of those persons was stabilized at a medical center after being critically injured, according to the Los Angeles Police Department.

One or two additional people may have been hurt in the shooting, investigators said. Police were contacting local hospitals in an effort to identify them.

"Sometime around 4 (p.m.) a dispute breaks out within the party - a fight between the people in this group escalates into gunfire," Kato said, describing the incident. "As one of them is leaving, he then decides to spray the crowd with what appears to be a large-caliber weapon, based on the casings."

A detailed description of the gunman was not immediately available. He was a passenger in a white luxury sedan at the time of the shooting, according to authorities.

Kato said the area surrounding the crime scene "normally ... this year, has been pretty quiet." He noted the neighborhood had previously been plagued by gang activity, but "the community's been really great about making it a really safe environment."