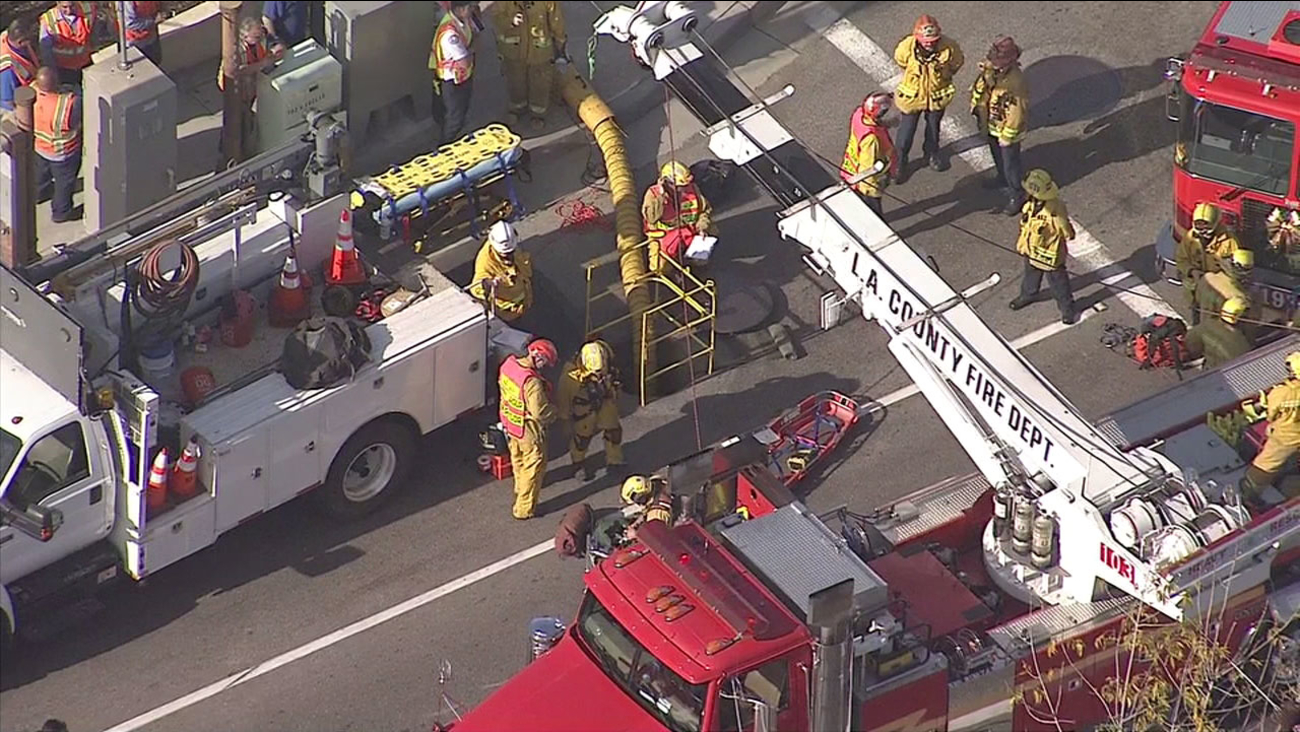 Firefighters responded after a person fell 15 feet into an underground vault and became trapped under a street in La Habra on Wednesday, Dec. 14, 2016. (KABC)

LA HABRA (KABC) -- A person fell about 15 feet and became temporarily trapped in an underground vault in La Habra on Wednesday morning, prompting a response by a large contingent of firefighters.

The incident occurred shortly before 11 a.m. near the intersection of Euclid Street and Lambert Road. The Los Angeles County Fire Department launched a confined-space rescue operation, in which firefighters lowered a stretcher down a manhole.

Shortly after noon, rescuers used a crane to hoist the person safety.

The patient, who had suffered a back injury, was placed in an ambulance and transported from the scene.