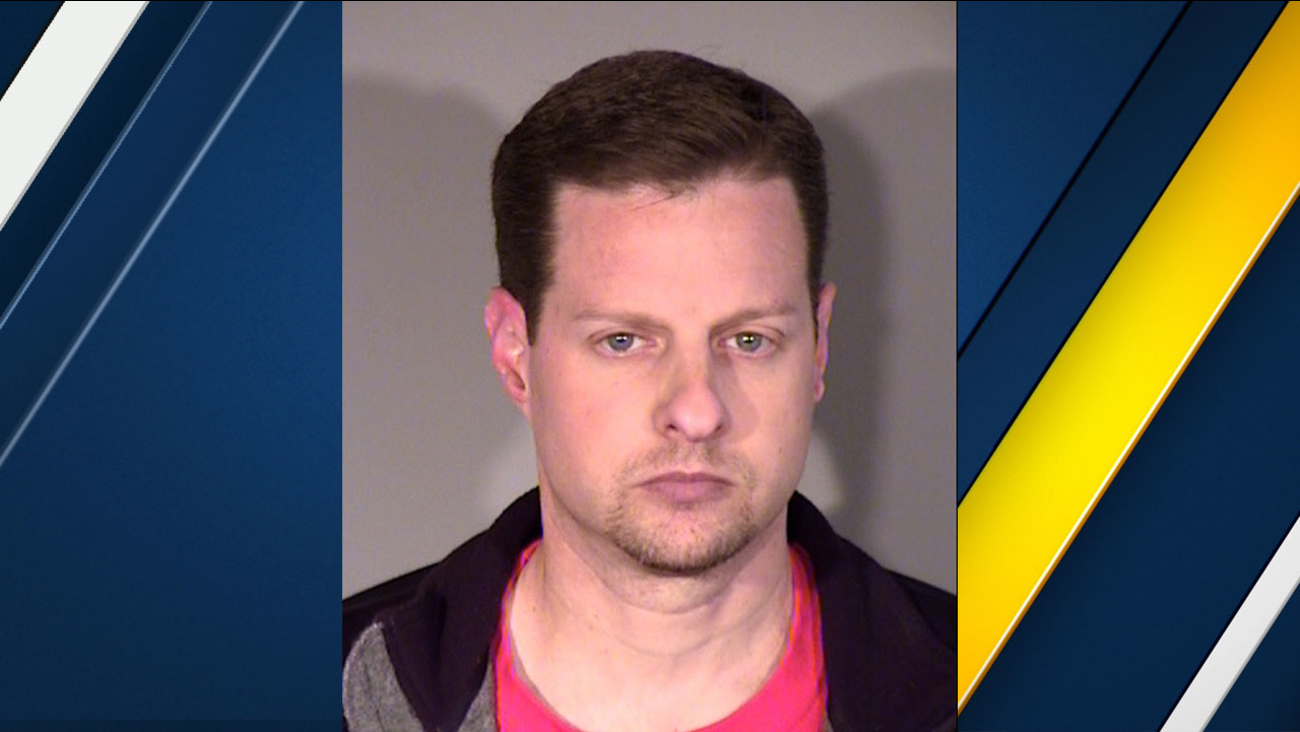 Matthew David Myers, 39, of Oak Park, is shown in a mugshot. (KABC)

THOUSAND OAKS, Calif. (KABC) -- Thousand Oaks detectives arrested a man on parole Thursday suspected of possession of child pornography and pretending to be a teen to solicit young victims.

Authorities launched an investigation involving a suspect who used an alias and claimed to be a 17-year-old boy. He contacted a 15-year-old girl through Facebook and engaged in sexually explicit conversations. Police said he also asked her for sexually explicit photos.

During the investigation, police also learned the suspect used the same alias and contacted a 16-year-old boy, sending him sexually explicit photos.

Detectives worked with the FBI and identified the suspect as 39-year-old Matthew David Myers, who lived in the 4600 block of Via Bensa in Oak Park. Myers is a registered sex offender currently on parole for sexual assault crimes that happened between 2005 and 2009. Authorities said he is also considered high risk and was electronically monitored.

Over the year, detectives completed a review of nearly 30,000 pages of Facebook evidence and detailed exams of electronic devices taken from Myers' home. The information led detectives to interview 10 additional victims, bringing the total to 12 minors.

On Thursday, authorities arrested Myers at his workplace in Pasadena. He faces 21 felony charges that include possession of a child pornography, annoying or molesting a child under 18 with priors and sending harmful matter to a minor.