Convicted felon arrested on suspicion of attempted murder in Oxnard 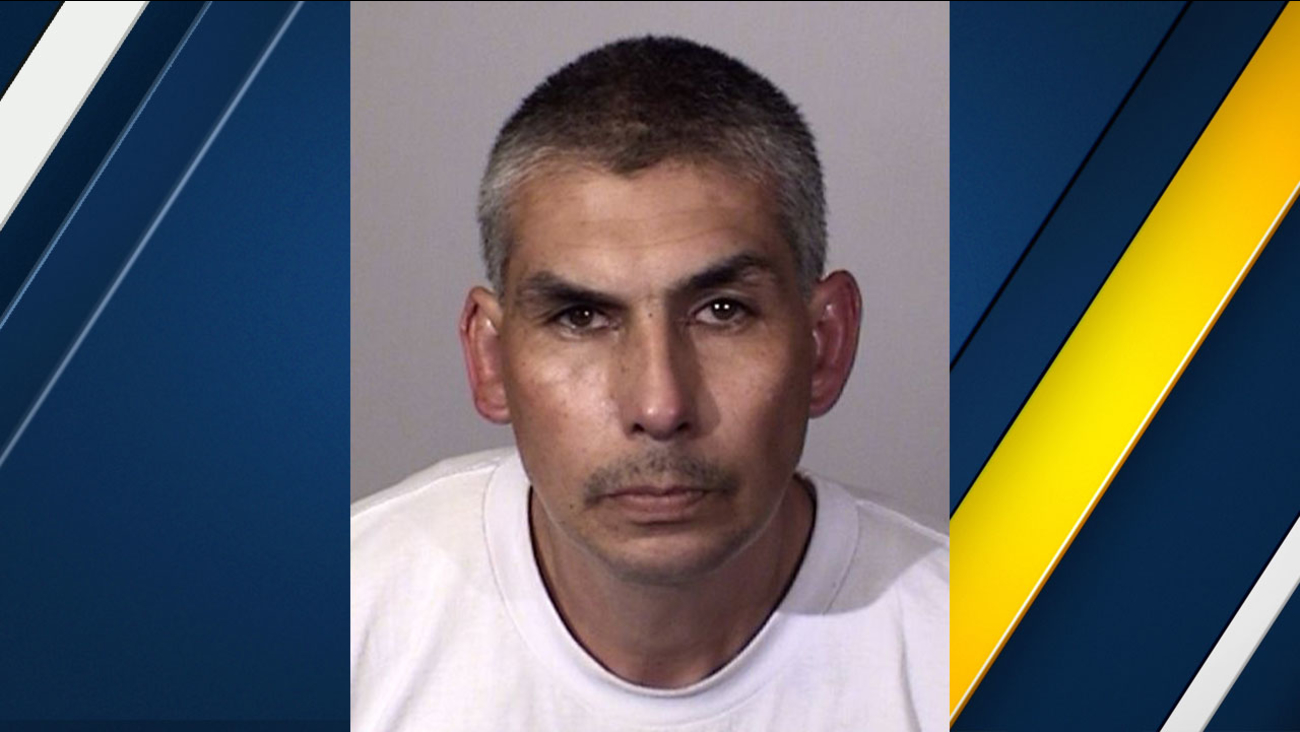 Daniel Miramontes, 41, is shown in a mugshot. (Oxnard Police Department)

OXNARD, Calif. (KABC) -- Authorities arrested a convicted felon, who was out on bail, on suspicion of attempted murder in Oxnard early Tuesday morning.

Oxnard police responded to the intersection of Rose Avenue and Channel Islands Boulevard on reports of a person being shot at in their car.

When police arrived, the victim was found unharmed, but his car was riddled with bullets. Witnesses at the scene said the suspect fled when people began calling 911. They also provided officers with a description of the suspect and his car.

About 20 minutes later, officers searching the area found the suspect's car traveling near the intersection of Third Street and Campton Drive, less than 5 miles away from the shooting scene.

Authorities stopped the vehicle and took the suspect, 41-year-old Daniel Miramontes, into custody. Police searched his car and found a loaded handgun in the passenger compartment.

Miramontes was then arrested on suspicion of attempted murder and several weapons violations for being a convicted felon in possession of a firearm. He was booked into Ventura County Jail.

Authorities said during the time of the shooting, Miramontes was out on bail for two previous cases involving possession of multiple firearms.

The first incident happened in Ventura. The second was on Nov. 14 in Oxnard during a traffic stop. Officers stopped his car in the 600 block of E. Gonzalez Road. During the investigation, three firearms were found, including a high-powered rifle.