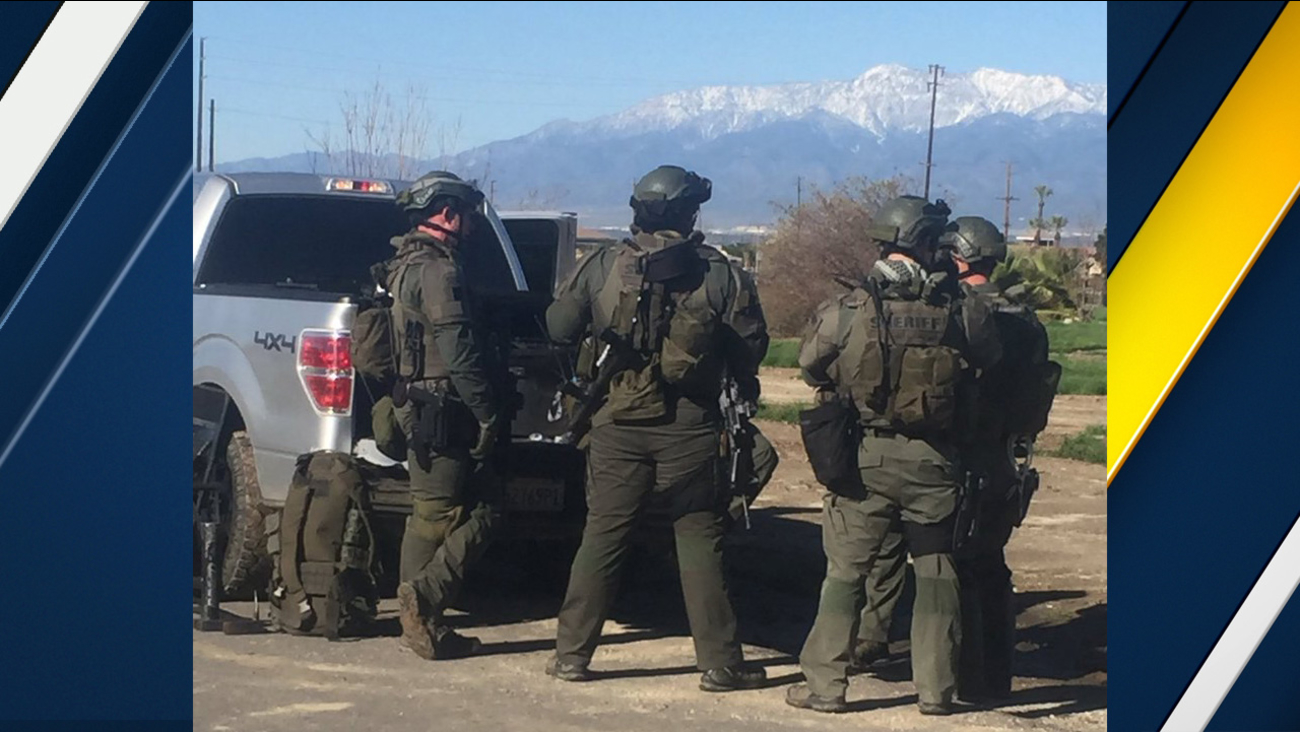 LOMA LINDA, Calif. (KABC) -- A SWAT team was engaged in an hourslong standoff Wednesday with an armed man holding a woman hostage at a home in Loma Linda, authorities said.

The incident began about 8:22 a.m. when deputies responded to a report of a man with a gun in the 26600 block of Romero Street, San Bernardino County Sheriff's Department spokeswoman Jodi Miller told reporters near the scene.

Deputies from the agency's Aviation Division subsequently confirmed the suspect, a parolee at large, had a long gun, Miller said.

SWAT deputies confirmed on Twitter there was a woman being held against her will inside the house.

The man did not respond to the SWAT team's repeated PA-system announcements instructing him to exit the residence, authorities said.

The standoff was ongoing until about 5 p.m., when the suspect surrendered, according to SB County sheriff's officials.

The hostage was brought out of the home safely after officials said "negotiations with law enforcement were successful."

Neighbors were evacuated from their homes and were temporarily housed at the nearby Barton Village Community Center, according to the sheriff's department.