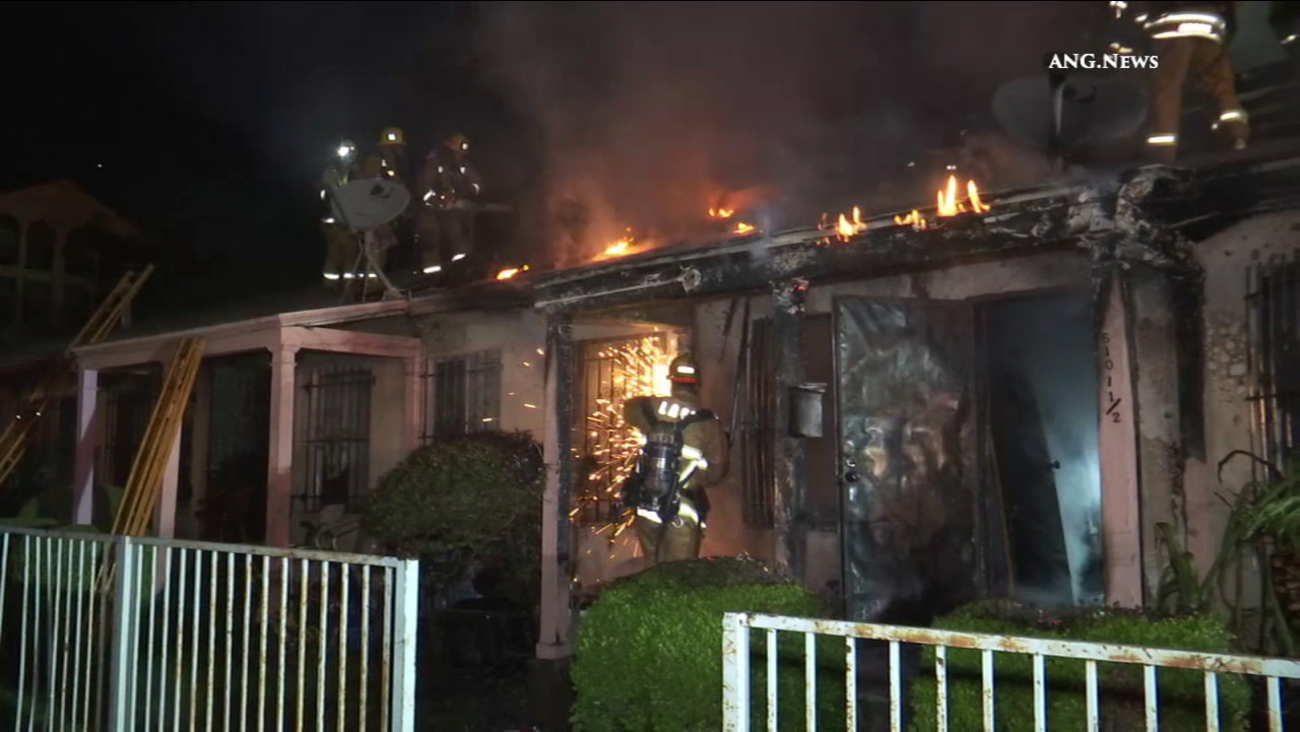 HYDE PARK, LOS ANGELES (KABC) -- A fire that ripped through a home in Hyde Park early Sunday morning was being investigated as a possible arson, officials said.

The incident was reported about 12:39 a.m. in the 6100 block of South 11th Avenue, where a row of bungalows caught fire and one of them became well-involved in flames, according to the Los Angeles Fire Department.

The inferno was extinguished shortly before 1 a.m. No injuries were reported.

A woman who lives in the home said the dramatic blaze was ignited by her half-brother who was under the influence of drugs and tried to kill her and her mother.

In an interview, the woman, who declined to be identified publicly, said she was awakened by the sound of her brother trying to enter the residence.

She said he had a gallon-size jug full of gasoline and "threw that in the master bedroom."

"Thankfully I wasn't there," the woman said. "I was in the living room sleeping - because if not, I would have been on fire since the bed's so close to the window."

She said her brother suffered burns to the side of his body and fled the scene on a bicycle. No arrest had been made hours after the fire.