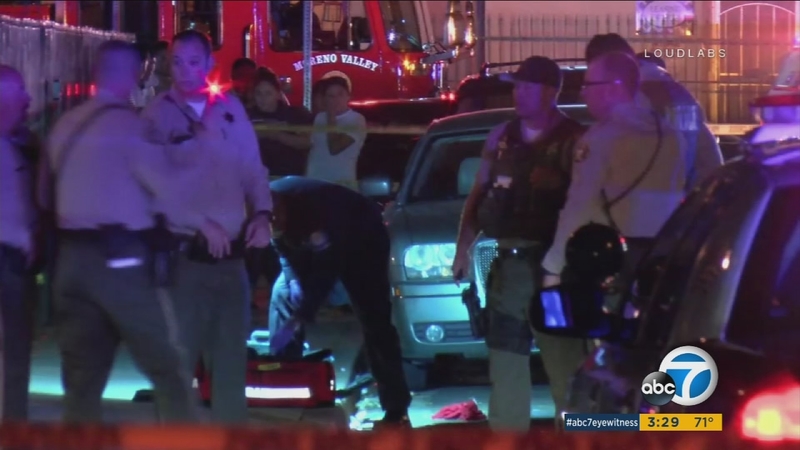 Police search for leads in shooting of teen girl

Officers responded about 9:21 p.m. to report of an assault with a deadly weapon in the area of Courage Street and Allies Place, according to the Moreno Valley Police Department.

When officers arrived at the scene, a vehicle fled at a high rate of speed and subsequently caused a traffic collision, a police spokesperson said. The motorist in the fleeing vehicle then managed to drive away and escape.

Two females, ages 17 and 26, and a 16-year-old boy were transported to a hospital after being struck in the shooting, investigators said. The teenage girl later succumbed to her injuries at the medical center. The conditions of the other two victims were unknown.

The identity of the deceased victim was not immediately disclosed, pending notification of family.

In a tweet published shortly after 10 p.m., the police department urged the public to avoid the area during the shooting investigation, adding that there was "no threat to the public."

The Riverside County sheriff's Central Homicide Unit has taken over the investigation.

Anyone with information about the shooting is asked to call sheriff's Investigator Joshua Button at 760-393-3531.