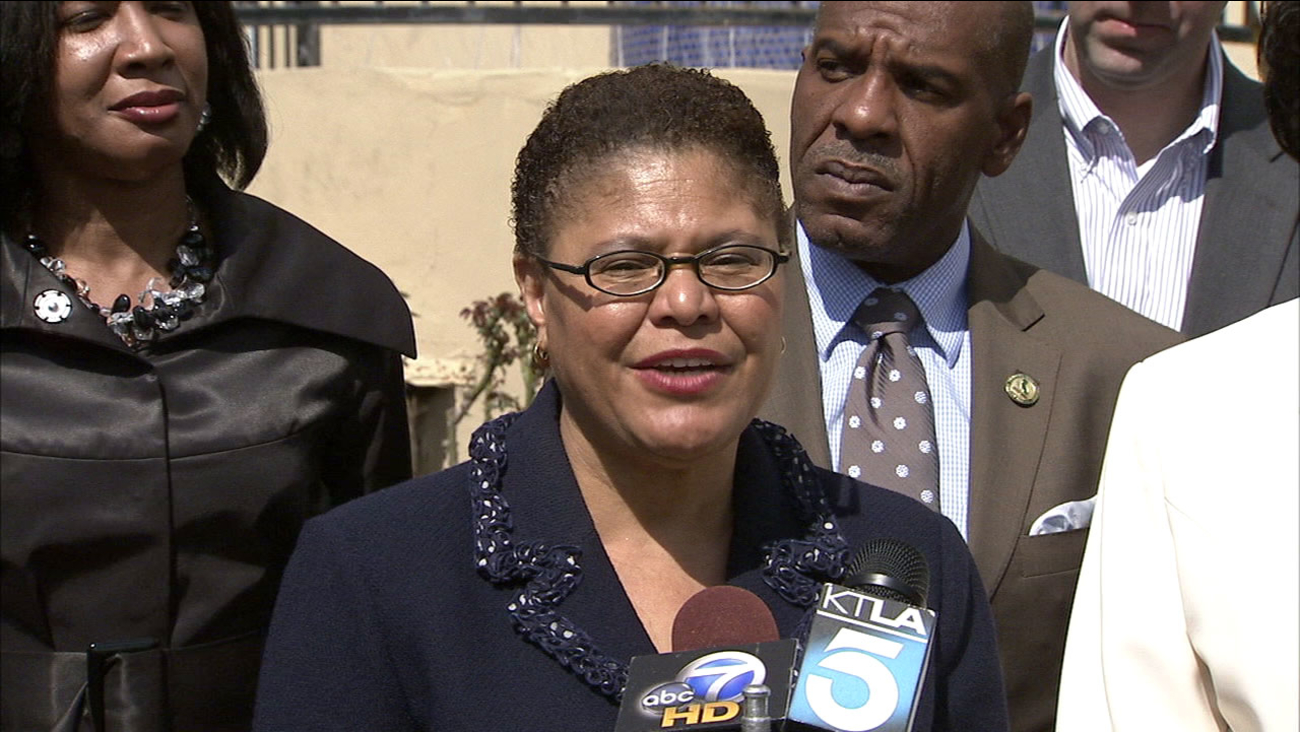 An undated photo of California Congresswoman Karen Bass at a press conference.

California Congresswoman Karen Bass took to social media on Sunday to ask her constituents if she should attend President-elect Donald Trump's inauguration.

Bass used Facebook Live to ask listeners to weigh in on her attendance.

"I know what my heart tells me and I know what my head tells me, but I want to know what you tell me," she said, after mentioning Trump's insult toward civil rights leader and Rep. John Lewis "in a petty tweet" on Saturday.


She also directed viewers to a Twitter poll to vote whether or not she should go.

I want to hear directly from my constituents! Do you guys think I should attend the inauguration of President-elect Donald Trump?

Meantime, there is a growing list of congress members planning to skip President-elect Donald Trump's inauguration on Friday.

Nearly one in five from California plan to be a no-show, including several from Southern California. Representatives Ted Lieu, Maxine Waters, Mark Takano and Judy Chu are among those who have declined to attend.

Others, such as Tony Cardenas, said they haven't made up their minds yet.
Related topics:
politicscaliforniasouthern californiadonald trumppresidential inaugurationdemocratscongress
Copyright © 2020 KABC-TV. All Rights Reserved.
More Videos
From CNN Newsource affiliates
TOP STORIES