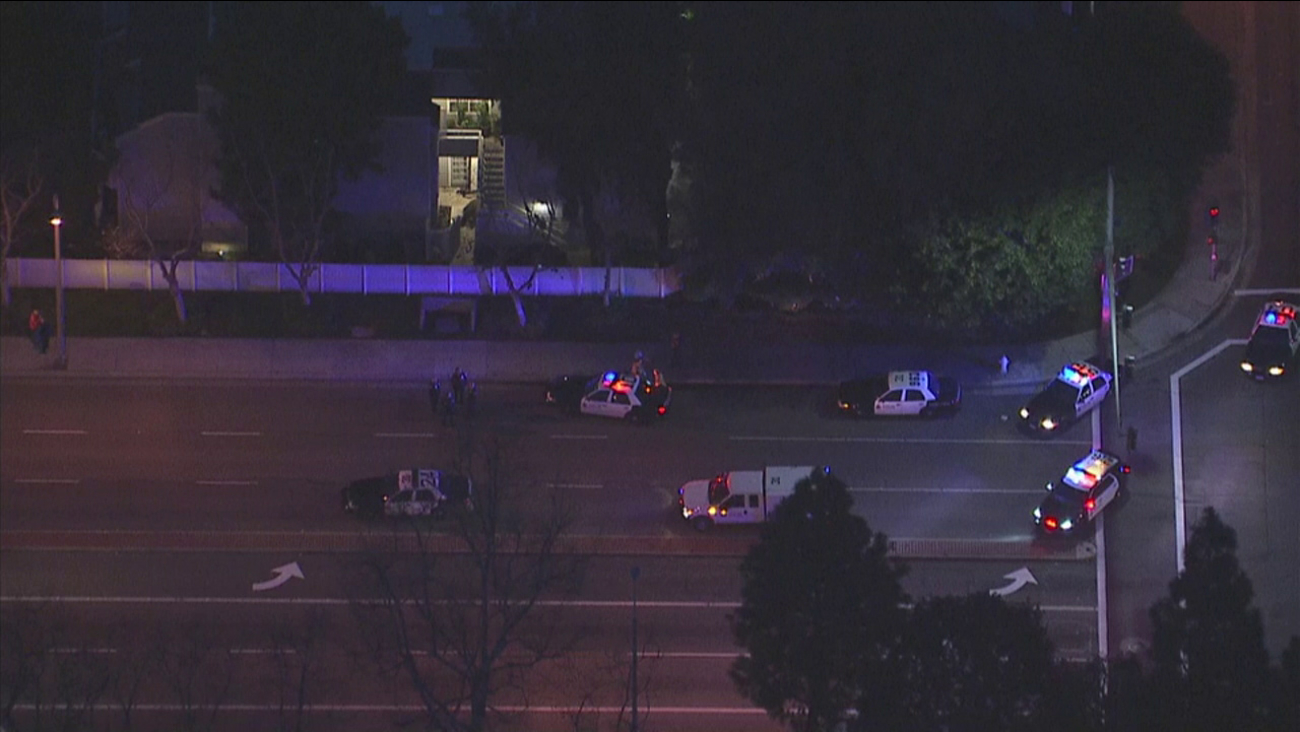 Santa Ana Police Department vehicles are seen outside an apartment after a bizarre incident on Monday, Jan. 16, 2017. (KABC)

SANTA ANA, Calif. (KABC) -- A 54-year-old man was arrested Monday morning in Santa Ana after he allegedly fired a shotgun and ignited a small fire in his apartment while his 10-year-old son was home, authorities said.

Burke Rowe was booked on suspicion of arson, child endangerment and firing a weapon in an occupied dwelling, according to the Santa Ana Police Department.

A spokesman for the agency, Cmdr. Jeffrey Smith, said Rowe was possibly under in the influence of narcotics at the time of the incident. The uninjured boy was placed in protective custody.

Officers responded about 5:45 a.m. to a report of shots fired in the area of Bear Street and MacArthur Boulevard, police said. When they arrived at the scene a fire alarm was ringing and a man was screaming.

Smoke was emanating from the open front door of an apartment in the 3600 block of Bear Street. The officers heard breaking glass, then saw Rowe breaking windows on a second-floor balcony, Smith said.

The suspect complied with instructions to exit the building and was taken into custody without incident, according to authorities. His son ran outside and was escorted to safety by the officers.

Police entered the home and extinguished a fire fueled by a burning pile papers near the door, the commander said, adding that damage consistent with shotgun fire was also discovered.

A shotgun and multiple spent casings were recovered at the scene.

Cuts sustained by Rowe were apparently caused by the breaking glass, Smith said.