2 killed, 1 injured in multi-car crash near 405 Freeway in Brentwood 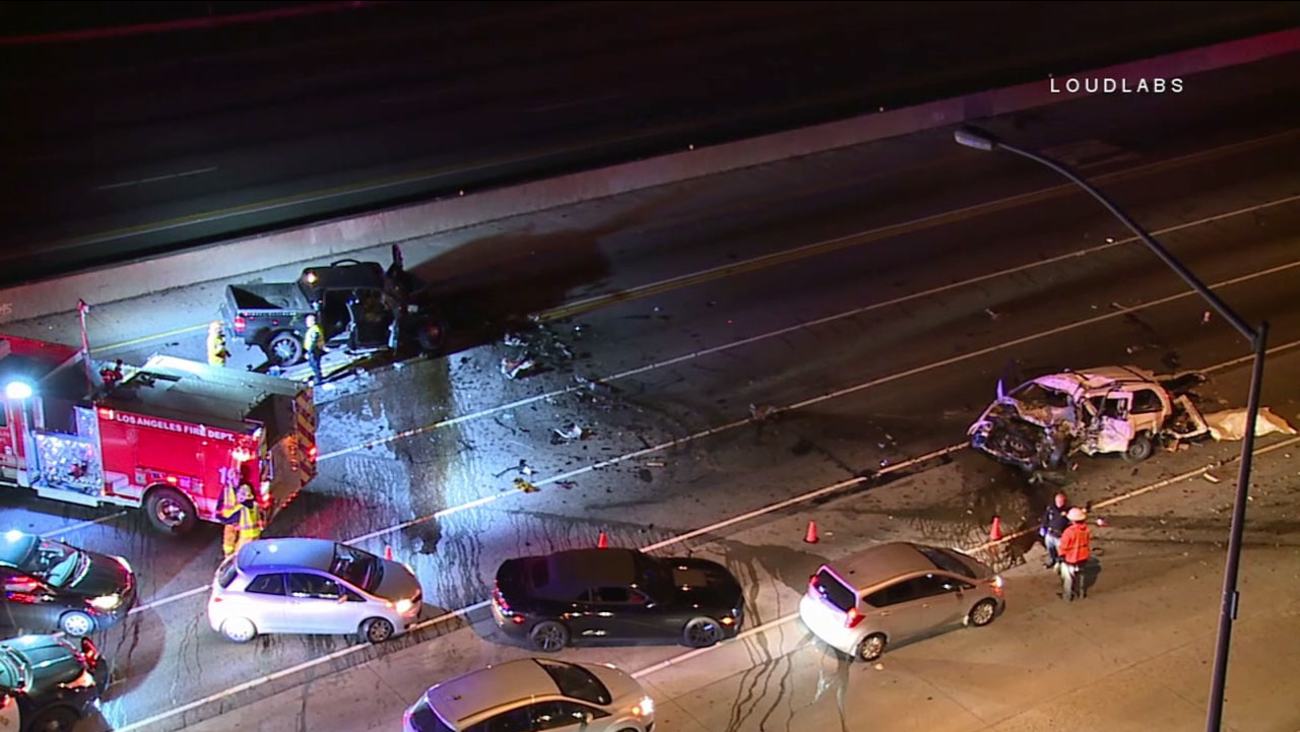 Authorities closed off all lanes of Getty Center Drive near the 405 Freeway in Brentwood to investigate a fatal car crash on Saturday, Jan. 21, 2017. (KABC)

Authorities said the collision happened around 2:44 a.m. It was unclear how many cars were involved, but three people were injured.

One man died at the scene, authorities said, and two were taken to a nearby hospital in critical condition. One of the people who was critically injured then died at the hospital.

All lanes of Getty Center Drive were closed until around 7:45 a.m.