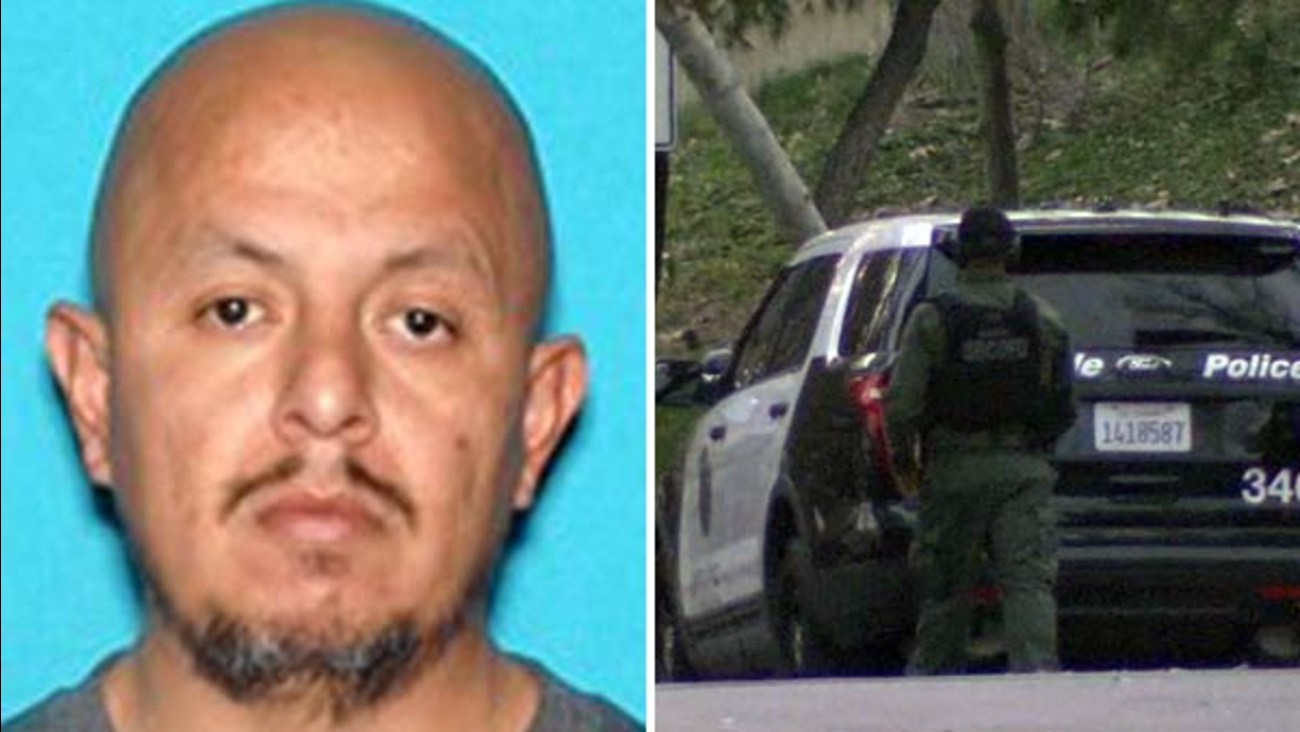 SAN BERNARDINO, Calif. (KABC) -- A suspect wanted in the murder of his ex-girlfriend in San Bernardino remains at large on Wednesday, according to authorities.

San Bernardino police said they responded to a reported shooting in the 3600 block of Mount View Avenue at about 11:25 a.m.

When officers arrived at the scene they found a woman down in the middle of the street bleeding.

The woman, later identified as 31-year-old Darlene Vasquez Rubin of San Bernardino, was rushed to the St. Bernardine Medical Center where she was pronounced dead.

Police and SWAT officers later surrounded an apartment complex in the 600 block of Central Avenue in Riverside searching for the suspected shooter, identified as 39-year-old Christian Jacinto of Riverside.

Officials said they believed Jacinto was hiding in the complex, but when they made entry he was not inside.

Jacinto's vehicle was impounded from the complex, according to police.

Authorities said Jacinto shot and killed Rubin after their relationship recently ended. Rubin was a mother of two, according to officials.