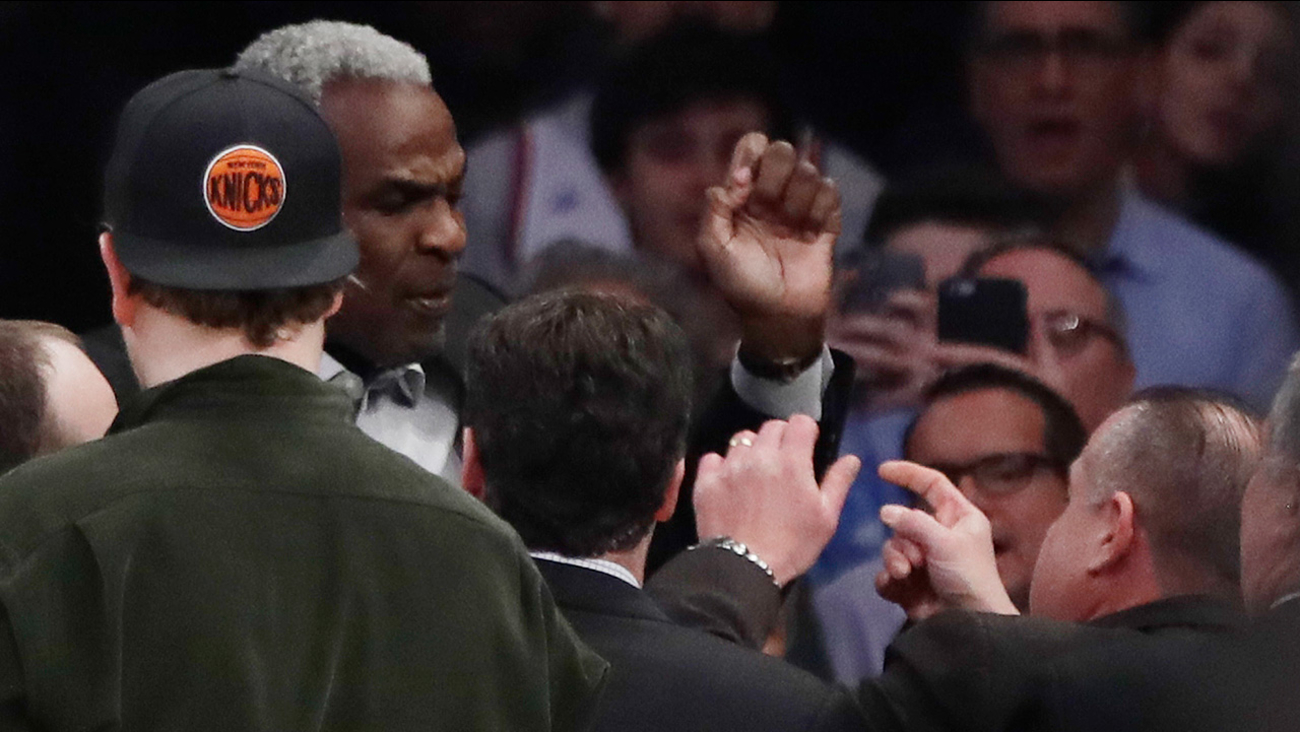 NEW YORK -- Former Knicks star Charles Oakley was escorted from his seats at Madison Square Garden and arrested after an altercation near team owner James Dolan.

Oakley shoved security guards before they pulled him away from his seat behind the baseline during the first quarter of the Knicks' game against the Los Angeles Clippers on Wednesday night. Fans chanted "Oakley! Oakley!" in support of the popular power forward.

The 53-year-old Oakley played for the Knicks from 1988-98, helping them reach the NBA Finals, but has a poor relationship with the team because of his criticisms of Dolan, the Madison Square Garden chairman.

"Charles Oakley came to the game tonight and behaved in a highly inappropriate and completely abusive manner," the Knicks wrote in a statement on Twitter . "He has been ejected and is currently being arrested by the New York City Police Department. He was a great Knick and we hope he gets some help soon."

The altercation took place just a few rows behind the court during a stoppage in play as Knicks forward Kristaps Porzingis was shooting free throws, and players from both teams turned to watch.

Security was called to Oakley's seat after he was shouting at Dolan, sitting not far ahead in his usual seat in the first row behind the baseline. Oakley shoved one security official in the face, though neither he nor any other arena staff threw any punches or pushed Oakley back.

Oakley was handcuffed near an arena exit as he waited for police to arrive.