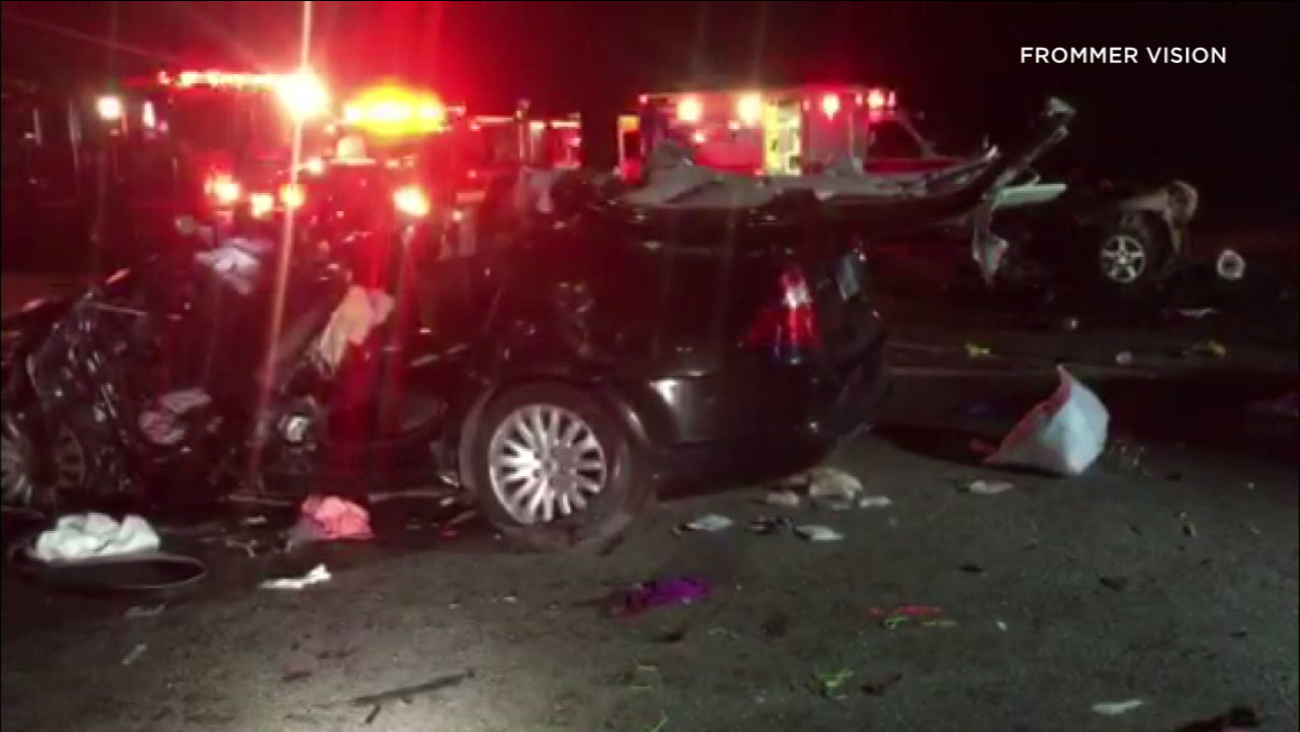 Cars are mangled after a deadly crash in Llano on Saturday, March 11, 2017.

LLANO, Calif. (KABC) -- A man and woman were killed and two children were critically injured in a violent crash on State Route 138 in Llano on Saturday, California Highway Patrol officials said.

Two victims, a man approximately 25 years old and a woman in her 40s, were killed at the scene, and two children were transported by helicopter to area hospitals with major injuries, CHP officials said.

A SigAlert was issued that temporarily shut down all directions of SR-138. As of 10:45 p.m., one lane was back open on the westbound side while all eastbound lanes remained blocked until further notice.