KABC
By Anabel Munoz and ABC7.com staff
SKID ROW, LOS ANGELES (KABC) -- Paramedics rushed to Skid Row after 18 people appeared to have overdosed on a drug presumed to be spice, or synthetic marijuana, fire officials said.

The Los Angeles Fire Department responded to the area of 5th and San Pedro streets at about 10:30 a.m.

Officials said 18 people were evaluated and 14 of those were taken to the hospital.

The victims were all suffering from similar symptoms, according to officials, which included altered mental status, combative behavior, and in some cases, seizures.

"We don't have toxicological confirmation, but it's presumably spice, which is a synthetic type of cannabis or marijuana. And of course, because it's synthetic, nobody for sure knows what active ingredients are in there, the strength is variable," Dr. Marc Eckstein, the Los Angeles Fire Department medical director and EMS bureau commander explained.

A similar outbreak happened in the same area on Friday, as officials stated 50 people were evaluated and 38 of those were taken to the hospital.

"This seems to be very similar to what we had here on Friday," Eckstein said.

"The drug use here is very widespread amongst the homeless population here in the Skid Row area," he continued. "People would use or smoke spice at their own peril, they're taking their lives into their own hands."

Officials called the rise of spice overdoses over the summer a public health crisis and stated a team effort would be needed to come up with a solution.

"We've seen transports of patients with these types of symptoms all summer, but obviously Friday and today appear to be peaking so we need to work with our partners to come up with a definitive solution," Eckstein said.
Related topics:
skid rowdowntown lalos angelesillegal drugshomelesssynthetic marijuanalos angeles fire departmentdrugs
Copyright © 2020 KABC-TV. All Rights Reserved.
RELATED 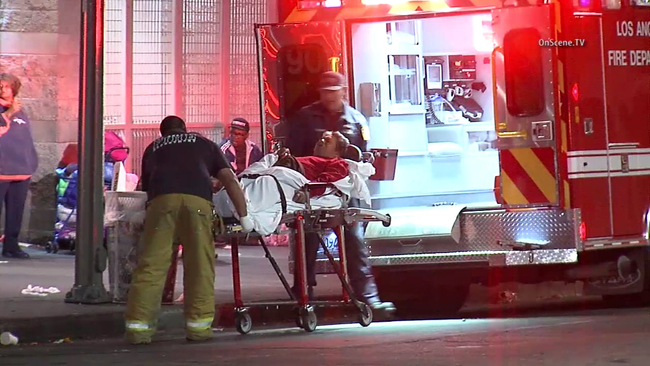 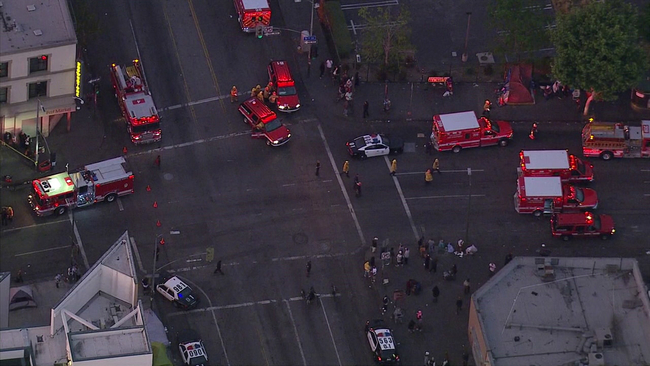 6 rushed to hospital for overdoses on Skid Row 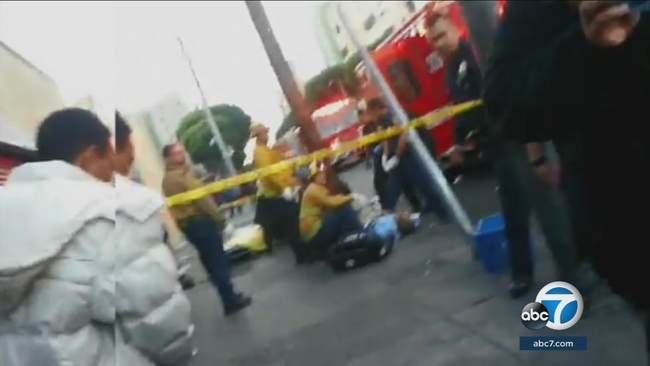