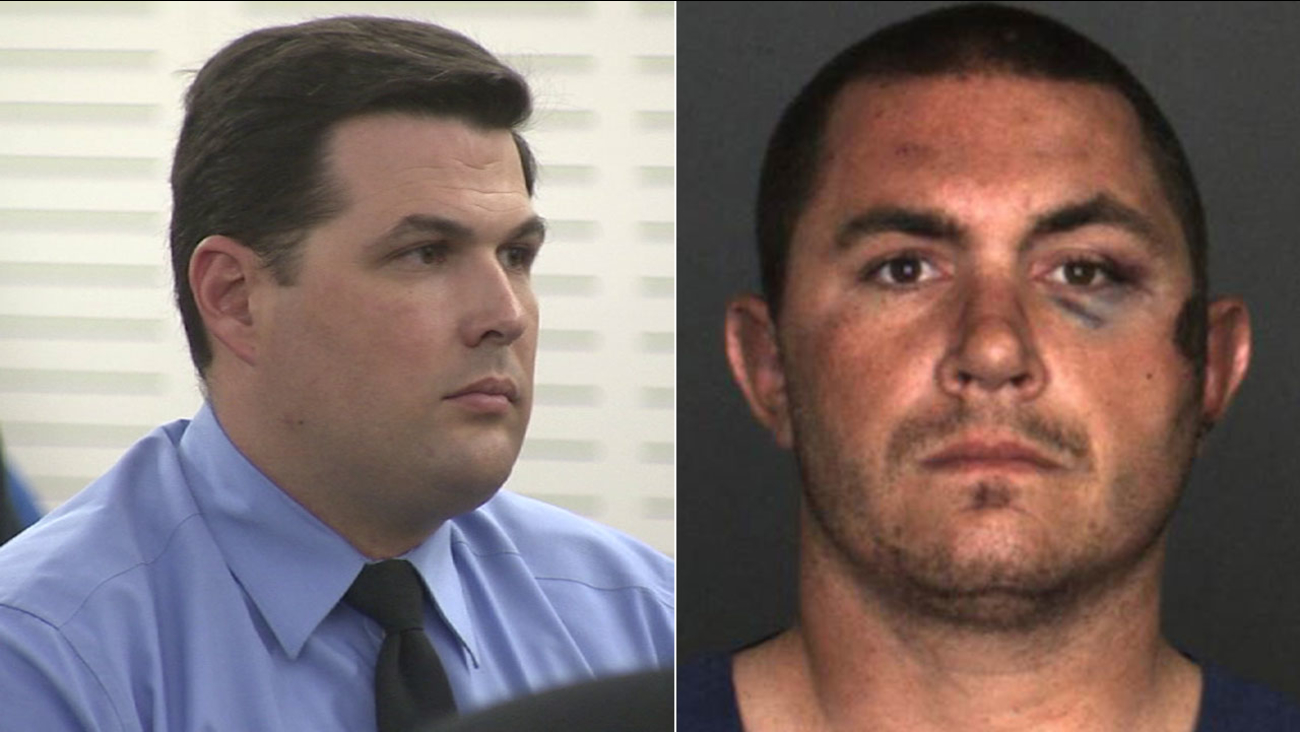 SAN BERNARDINO, Calif. (KABC) -- A San Bernardino County sheriff's deputy has been found guilty of assaulting a horse-theft suspect at the end of a televised pursuit through rugged terrain in 2015.

Deputy Charles Foster was found guilty of assault and faces up to three years in prison when he is sentenced next month.

The jury deadlocked over similar charges against two other deputies, Michael Phelps and Nick Downey, involved in the same incident and they are expected to face a new trial in May.

"The jury has spoken, and I have the highest respect for our criminal justice system," Sheriff John McMahon said in a statement released by the department. "Let's not discourage the daily efforts of all the men and women of the sheriff's department. Our employees will continue to provide dedicated service and will always be committed to serving the public."

Please see my statement regarding the verdict in the trial involving three former deputy sheriffs. pic.twitter.com/s2jC6pvzOv

The incident on April 9, 2015 involved deputies from the sheriff's Victor Valley station serving a warrant related to an identity theft investigation against suspect Francis Jared Pusok, then 30 years old.

Pusok fled in a vehicle and deputies gave chase through Apple Valley and Hesperia before he ditched his vehicle and continued fleeing on foot. They say he stole a horse from a group of people near Deep Creek Hot Springs and fled on horseback over dirt trails through rugged terrain.

At one point, he was thrown off the horse. When deputies caught up with him, video shot by a KNBC helicopter shows them kicking him repeatedly, including after he was handcuffed.

Less than a month after the incident, the San Bernardino County board of supervisors voted to approve a $650,000 settlement with Pusok to avoid a lawsuit.

The deputies' attorneys argued that the video did not tell the whole story and that they were trying to control and arrest a dangerous suspect who was continuing to resist.