Yosemite now allows you to track its black bears online 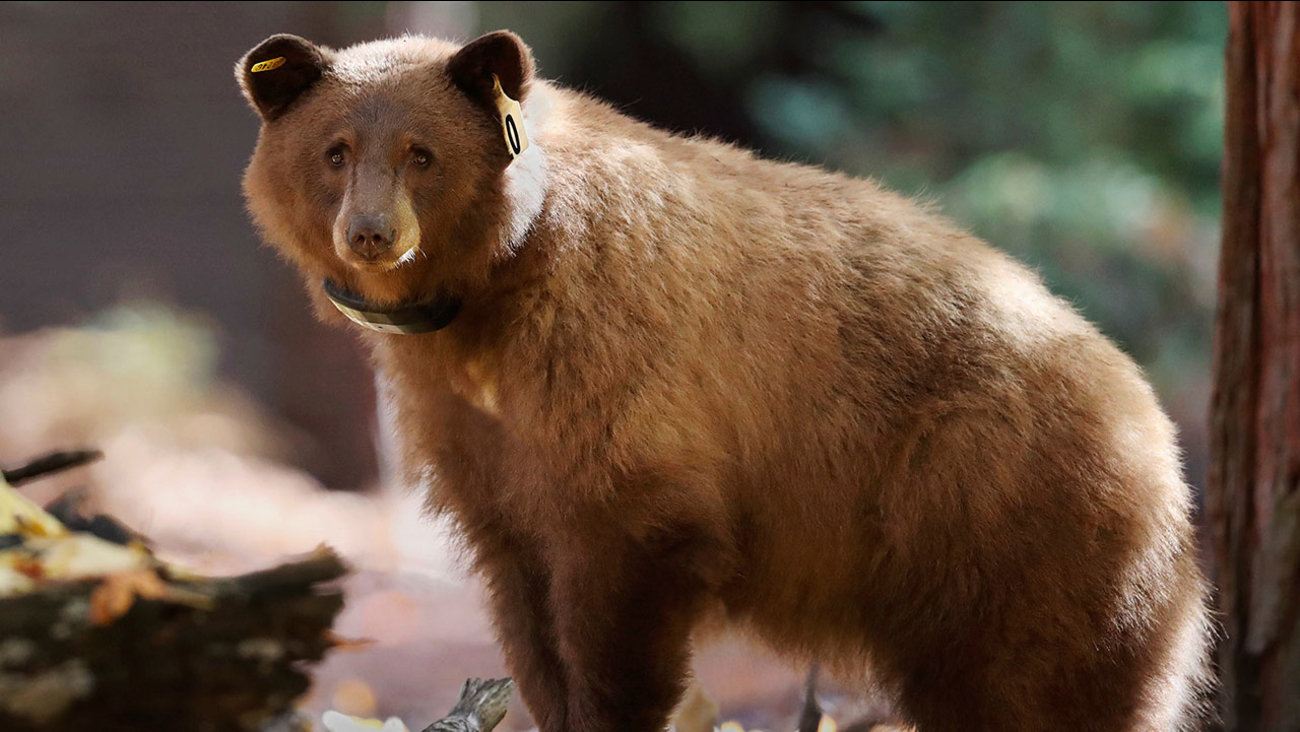 FRESNO, Calif. -- Wildlife enthusiasts around the world can now follow the daily journey of Yosemite National Park's black bears from their laptops and smartphones, tracking the iconic animals as they lope up steep canyons and cross vast distances in search of food and mates.

Park rangers told The Associated Press that they unveiled a website , Keep Bears Wild, on Monday showing where select bears fitted with GPS collars are heading. The tracking tool, which pings the bears' steps from satellites, have already revealed surprises, wildlife biologists say.

"I think people are going to be blown away," said Ryan Leahy, a wildlife biologist at Yosemite National Park who leads the project. "It's our responsibility to keep bears wild. ... It's not hard to do. You just need to know how to do it."

A bear's location is delayed so people aren't tempted to track it down in real time, rangers said. But the tracking collars alert rangers so they can block a bear from going to a campground or parking lot in search of food.

The goal of the website is to draw in the public so they know to slow down while driving and properly store food when they visit the park's towering granite cliffs, charging waterfalls and abundant wildlife, including up to 500 black bears. Yosemite attracted more than 5 million visitors last year.

Too often, black bears - which are actually brown - are hit and killed by drivers on Yosemite's winding roads. Last year, 28 bears were struck by cars, many fatally.

The park has used up to 20 GPS collars for the last three years, learning that bears in the park begin mating in May, more than a month earlier than previously thought, rangers said.

Leahy also said that the tracking device shows that bears move more than 30 miles (48 kilometers) in a day or two, moving with ease up 5,000-foot (1,524-meter) canyon walls.

The Yosemite Conservancy has spent $1.2 million since 1998 to help the park manage bears. The latest project cost $279,000, rangers said.

The tracking technology and public website help rangers learn even more about bears' habits to protect them, said Frank Dean, the conservancy's president, and it raises awareness among visitors about what they can do to save bears.