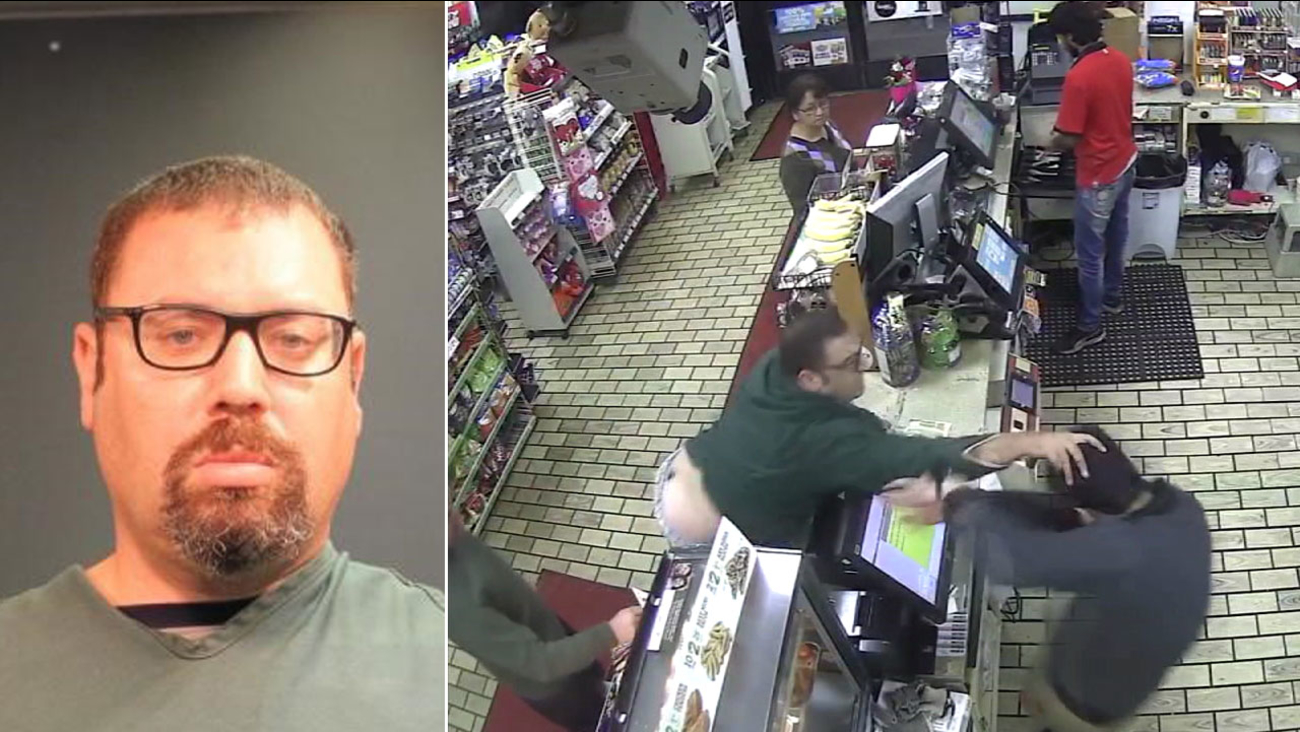 Daniel Fine, 41, is shown in a mugshot alongside surveillance footage of a confrontation he had with a 7-Eleven clerk in Santa Ana in February. (KABC)