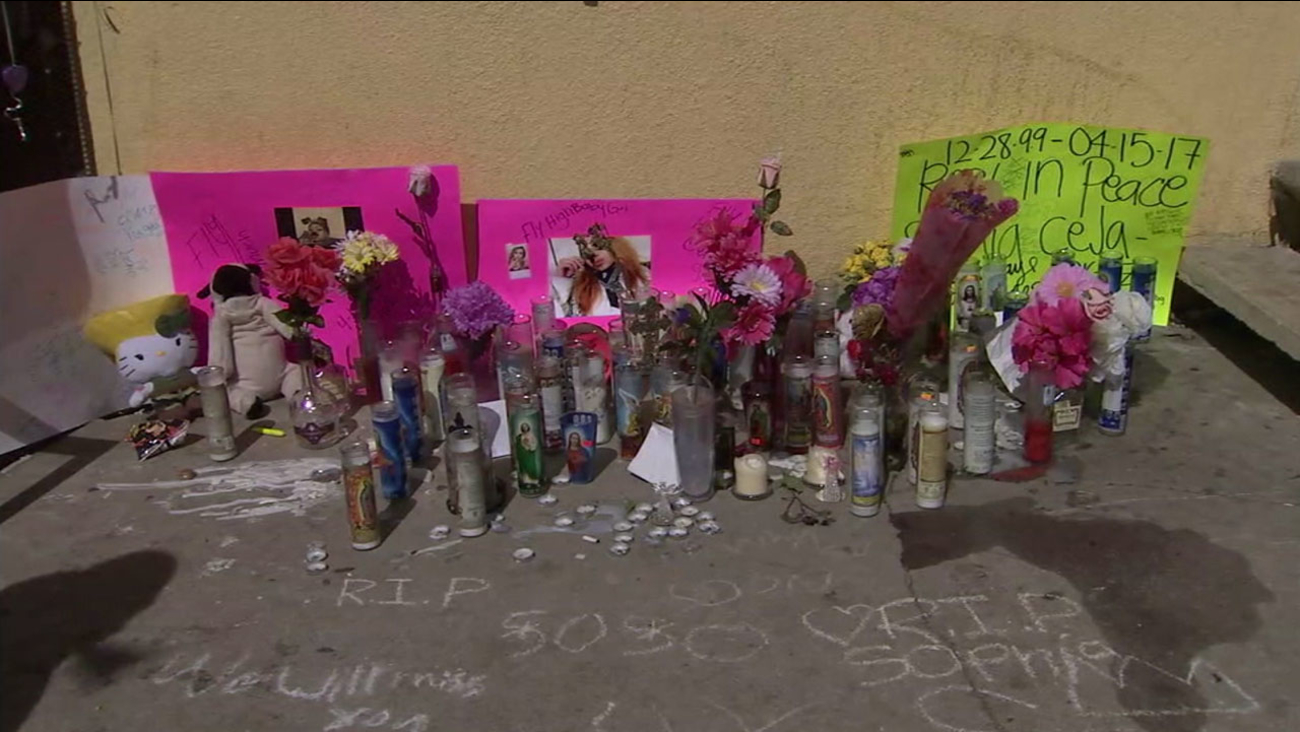 A makeshift memorial is shown at the site where 17-year-old Sofia Ceja was killed in a triple shooting in Moreno Valley. (KABC)