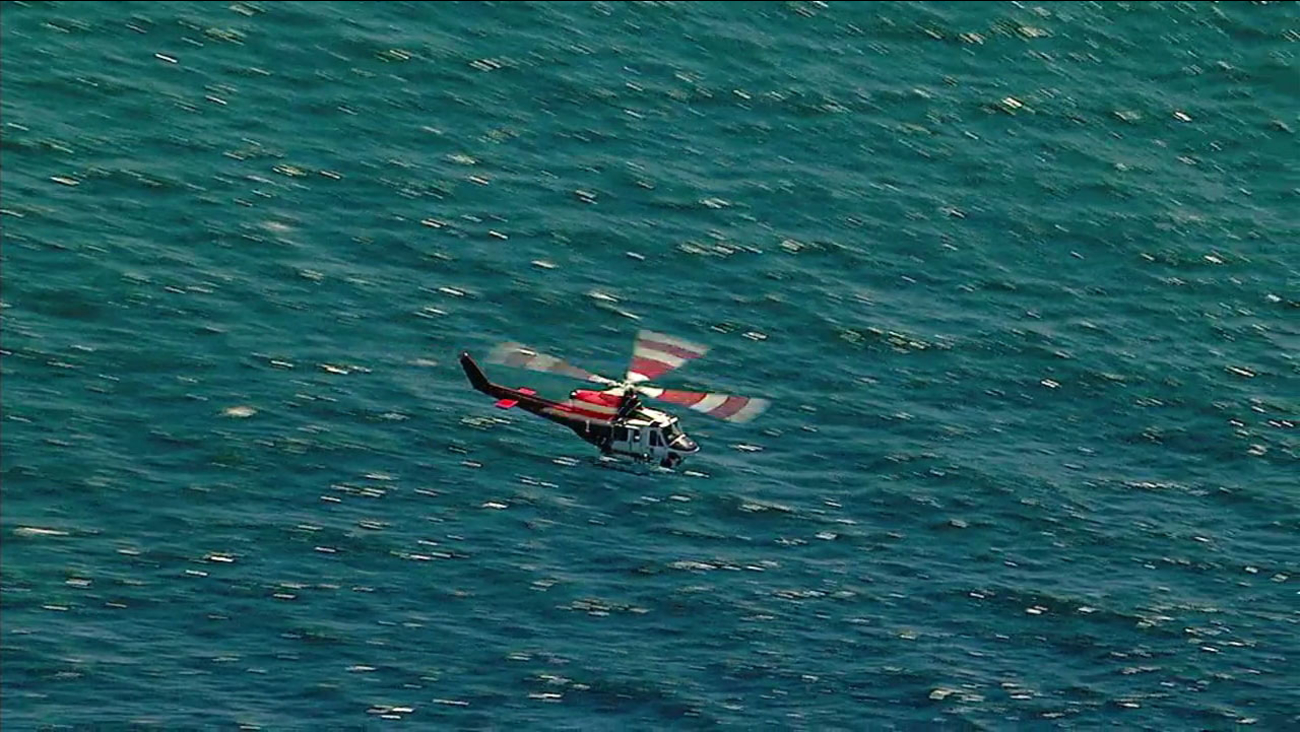 U.S. Coast Guard officials are responding to reports of a possible downed aircraft near the Redondo Beach Harbor on Saturday, May 13, 2017.

REDONDO BEACH, Calif. (KABC) -- The U.S. Coast Guard on Saturday called off a search for what was initially reported as a possible downed aircraft near the Redondo Beach Harbor, officials said.

The notification was from "an aircraft's emergency location transmitter beacon," officials said in a press release.

Soon after, several witnesses reported seeing an oil slick on the surface of the water near the Redondo Beach Harbor entrance.

The Coast Guard launched a helicopter crew from Forward Operating Base Point Mugu and a boat crew from Station Los Angeles-Long Beach. Baywatch Redondo and the Los Angeles County Fire Department also assisted in the response before the search was ended.