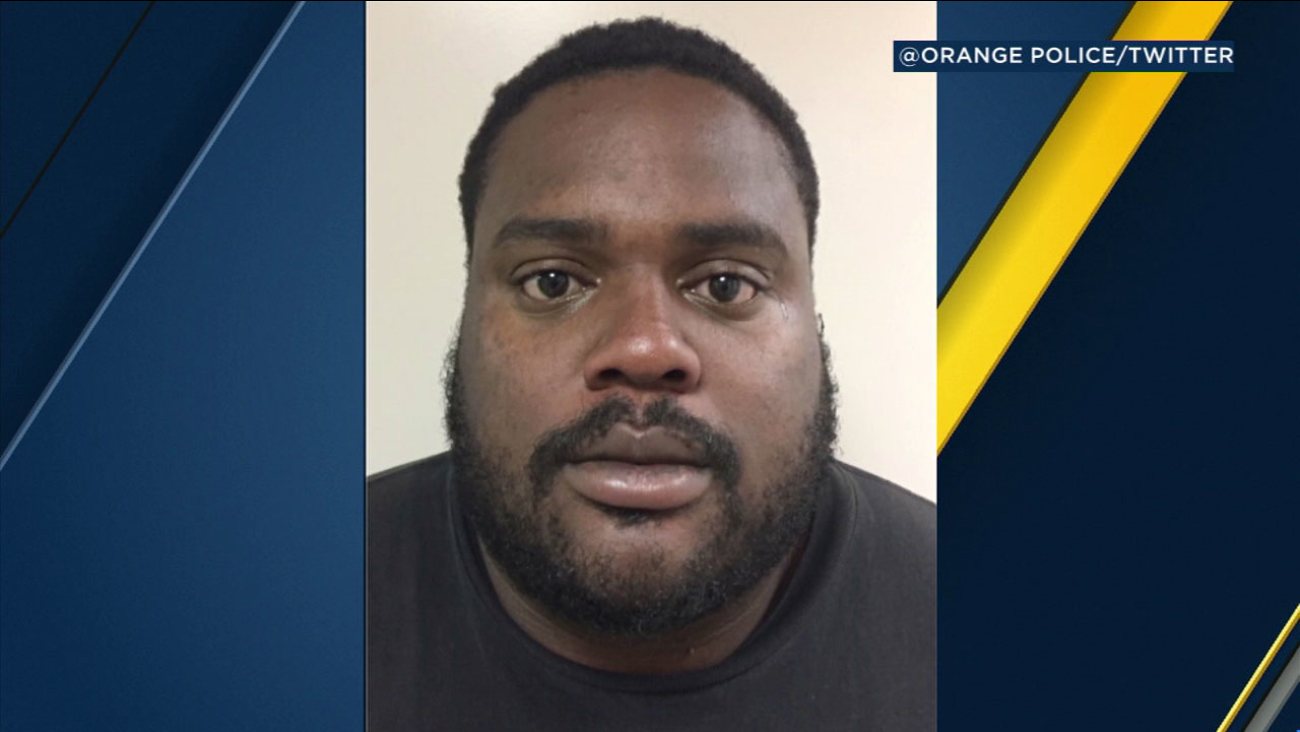 Trevor Brockington, 29, taken into custody on Saturday, May 13, 2017, after a shooting at the Stadium Promenade in Orange, which killed a man, police say.

ORANGE, Calif. (KABC) -- A Riverside man is behind bars accused in a deadly shooting at a popular dining and entertainment complex in Orange.

Trevor Brockington, 29, was taken into custody on Saturday after, police say, he fired shots at the Stadium Promenade Friday night on Katella Avenue.

Patrick Sanyeah, of Pennsylvania, was found suffering from a gunshot wound in the parking lot between Chili's and the Cinemark Century Stadium movie theater.

He was transported to a nearby hospital, where he died.

At the time, a lot of people were in the restaurants watching the Stanley Cup playoffs from the Honda Center, which is nearby.