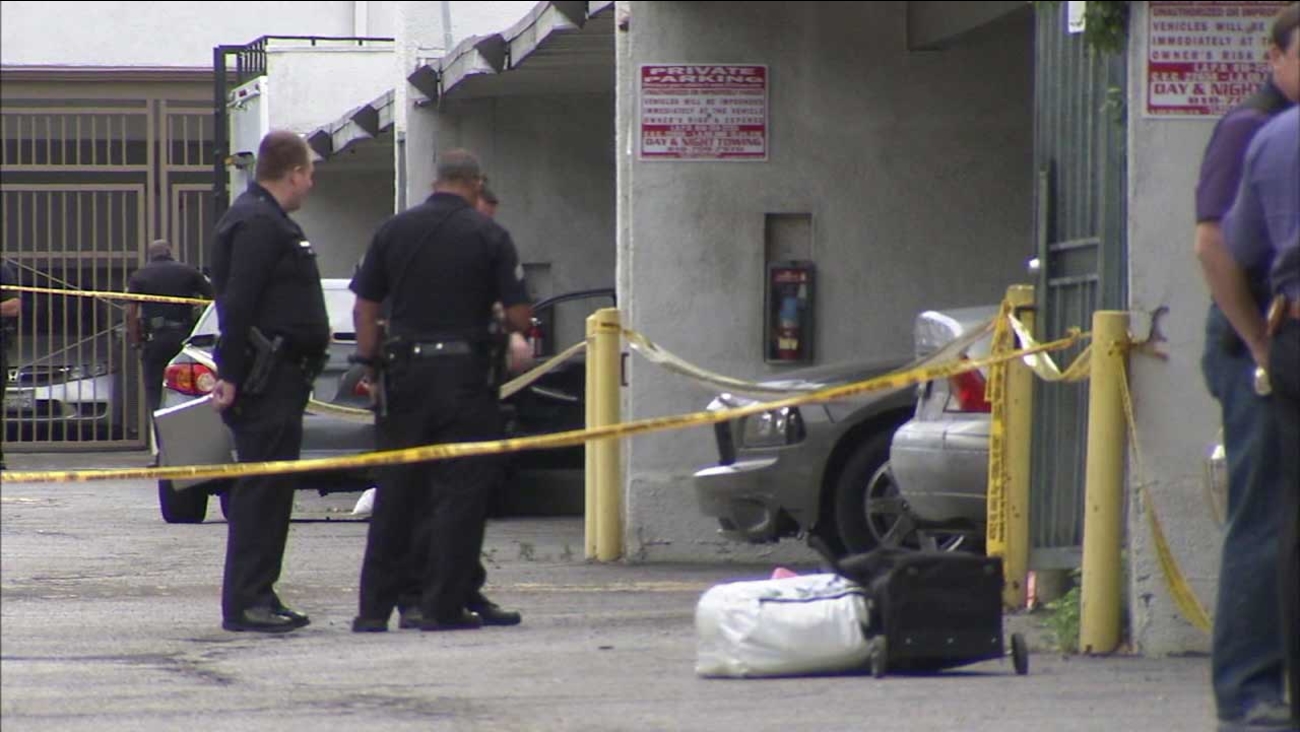 Law enforcement officials investigate the scene of a fatal shooting at a condominium complex in Tarzana on Thursday, May 5, 2016. (KABC)

If you have any information about this case, you're urged to contact LAPD Detective Kurt Fillmore with the Valley Bureau Homicide Unit at (213) 374-1942. You can also provide anonymous tips by calling Crimestoppers at (800) 222-TIPS.
Related topics:
tarzanalos angelesarrestshootingstolen cardrugs
Copyright © 2021 KABC-TV. All Rights Reserved.
RELATED 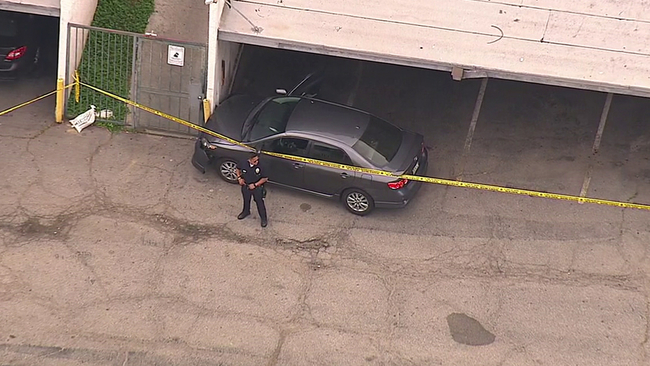