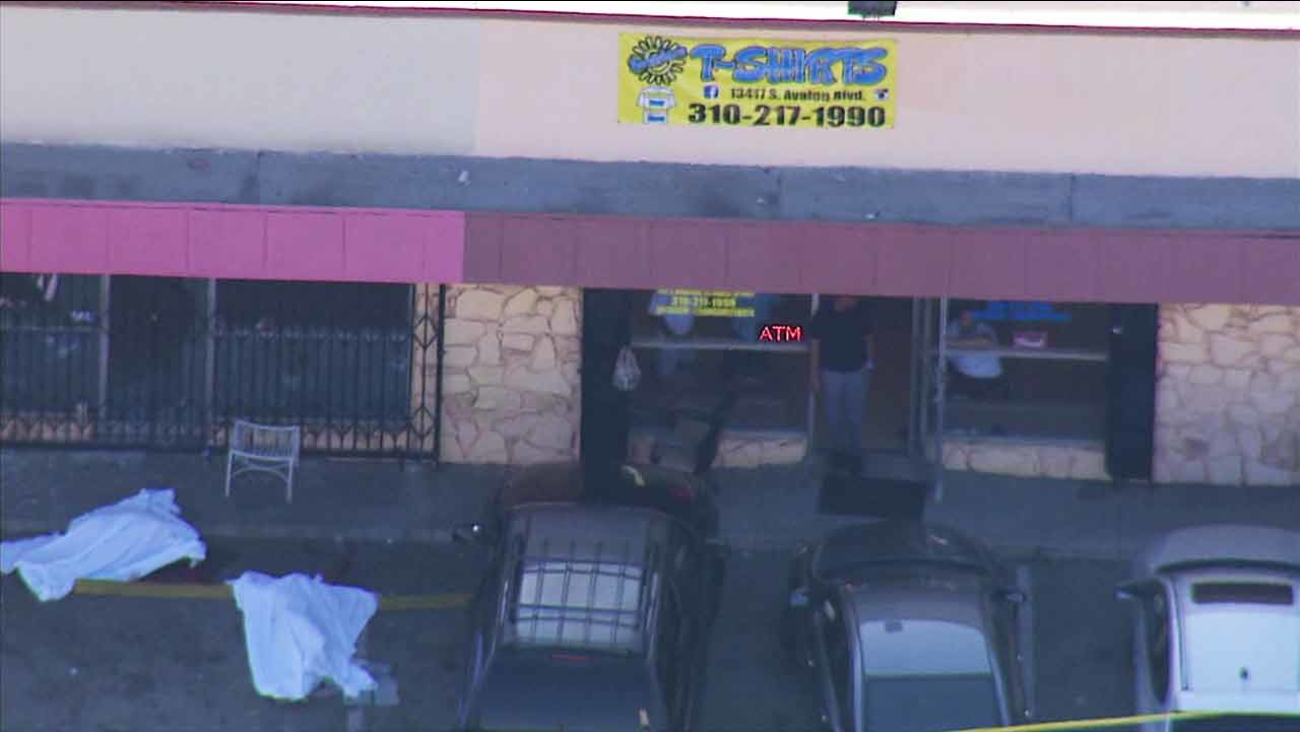 Sheets cover the bodies of two people fatally shot at a shopping center in Willowbrook, Calif., on Monday, April 4, 2016.