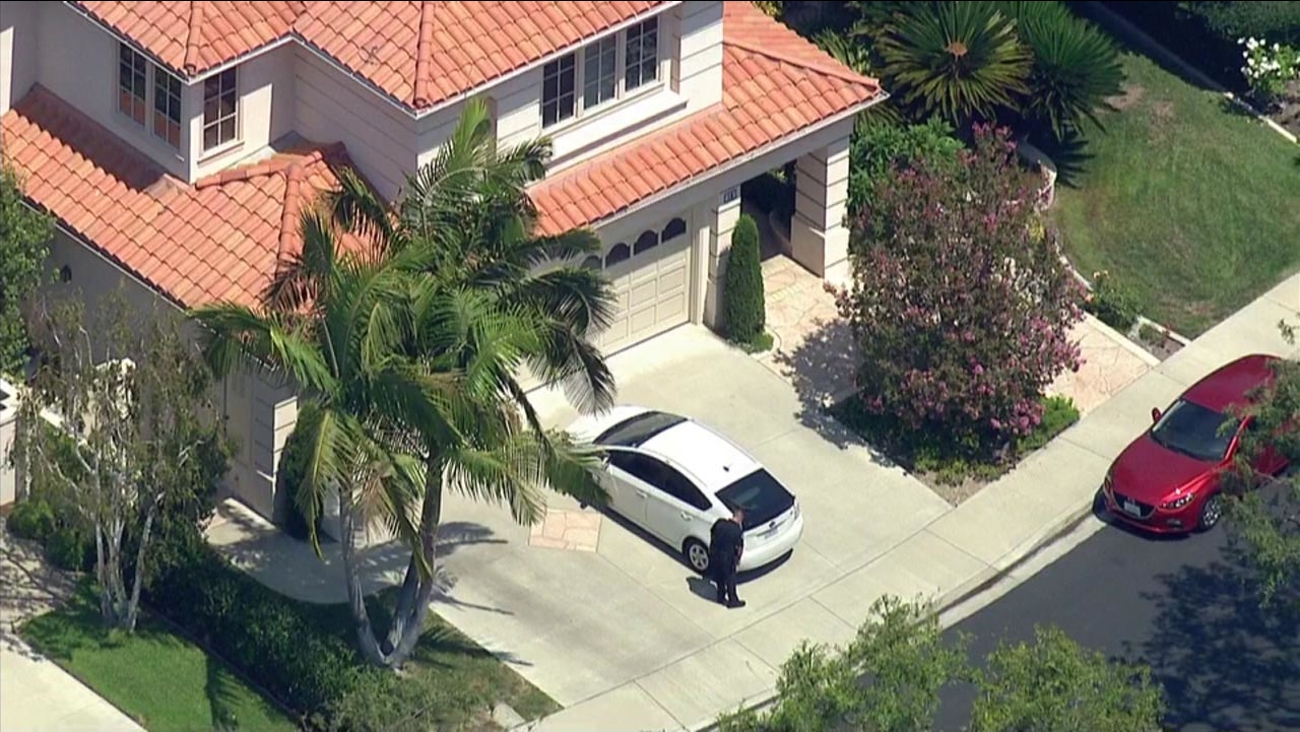 A law enforcement official stands on the driveway of a home in Irvine's Turtle Rock Community on Wednesday, Aug. 24, 2016.

IRVINE, Calif. (KABC) -- Two people found dead in an Irvine home Wednesday have been identified as a mother and son, police said.

Evidence at the scene suggests that the son shot his mother, and then turned the gun on himself, Irvine police said in a press statement released on Wednesday.

Police were called to the home on Hexham in the Turtle Rock community around midday Wednesday following a report of two people down.

Detectives said they found a handgun at the scene.