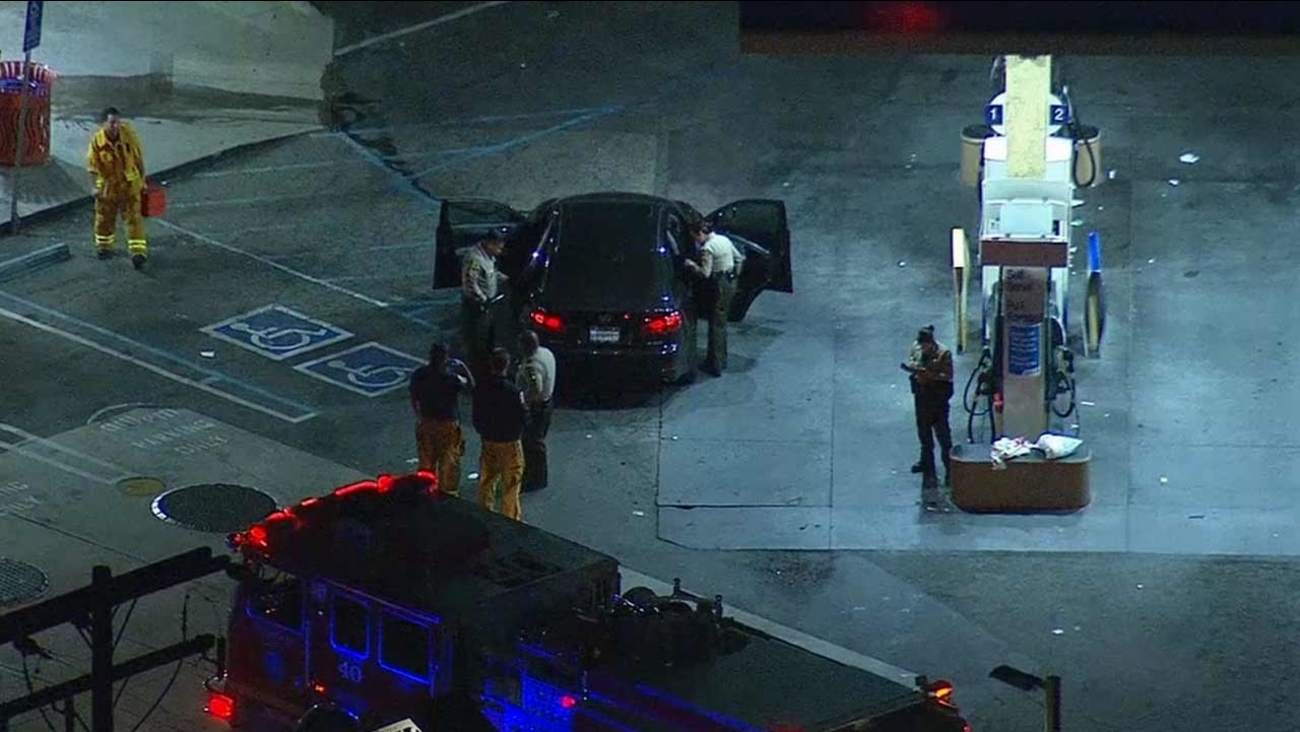 The shooting was reported just after 11 p.m. on Whittier Boulevard near the 605 Freeway, according to the Los Angeles County Sheriff's Department.

Both cars were traveling down the street when someone inside one of the two vehicles opened fire, striking two people.

The gunman then fled the scene. The victims pulled into a gas station and called authorities.

Responding sheriff's deputies found a black Lexus with the rear-passenger window busted out.

Both victims were transported to a local hospital but are expected to survive.