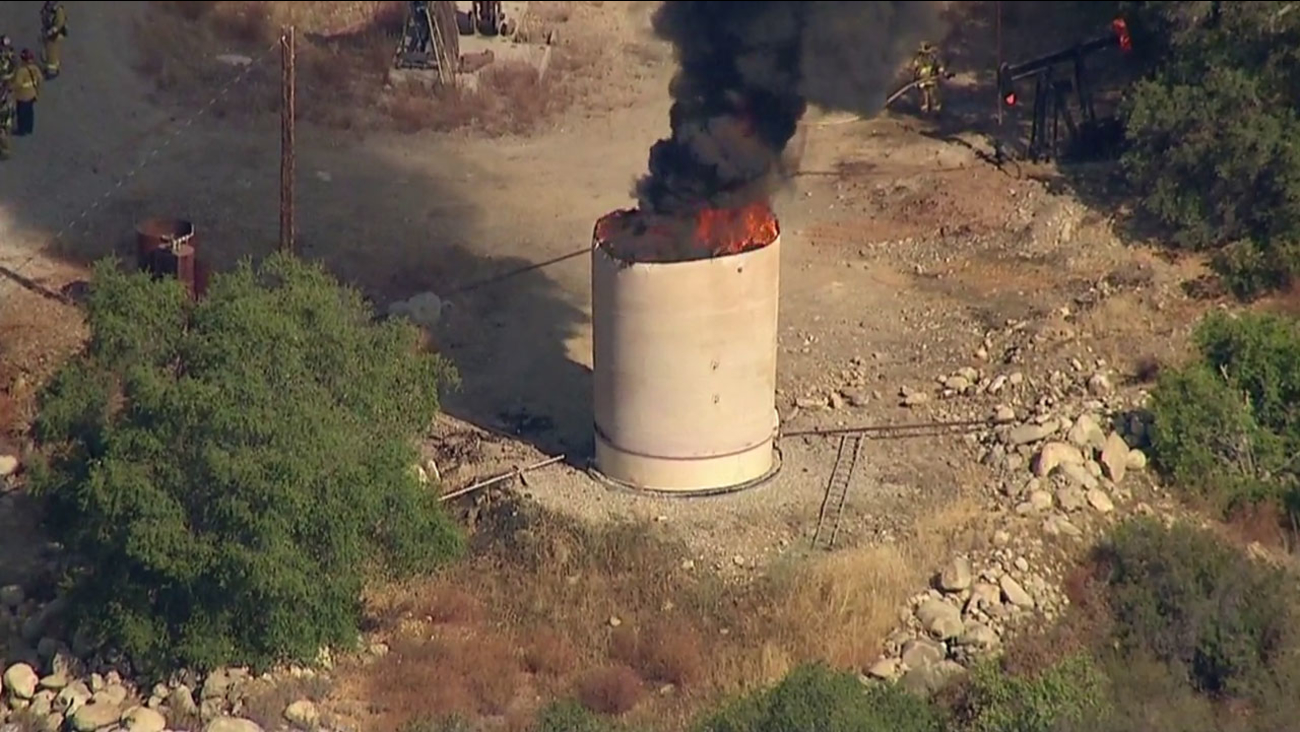 A call came in around 8:35 a.m. in the 12700 block of Santa Paula Ojai Road, according to the Ventura County Fire Department. A 42-barrel tank containing 1,764 gallons of petroleum caught fire.

Firefighters stayed near the tank to make sure it did not collapse and spread to nearby brush. They knocked it down shortly before 10:30 a.m.

Two workers were injured when the fire first began and were taken to a hospital and later released. It was unclear how they were injured in the blaze.

The cause of the fire is under investigation.
Related topics:
ojaiventura countyfiregas fumesfirefighters
Copyright © 2021 KABC-TV. All Rights Reserved.
More Videos
From CNN Newsource affiliates
TOP STORIES