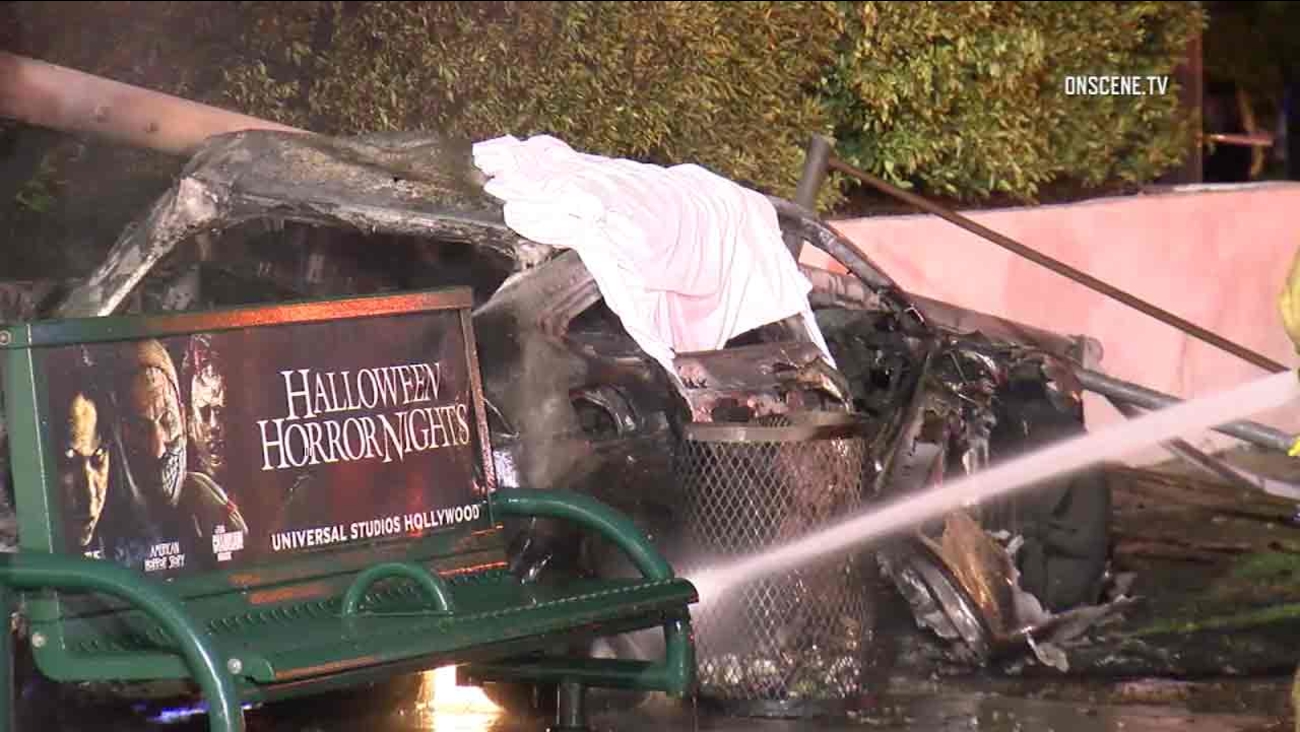 KABC
By ABC7.com staff
KOREATOWN, LOS ANGELES (KABC) -- Police on Sunday were searching for a hit-and-run driver in a crash that claimed two lives in Koreatown after the victims' vehicle burst into flames upon impact.

The suspect vehicle traveled west on 3rd Street when it ran a red light and hit another car, which set it on fire, police said.

Two of the five people in the car were pronounced dead at the scene, while two others were rushed to a hospital in unknown condition.