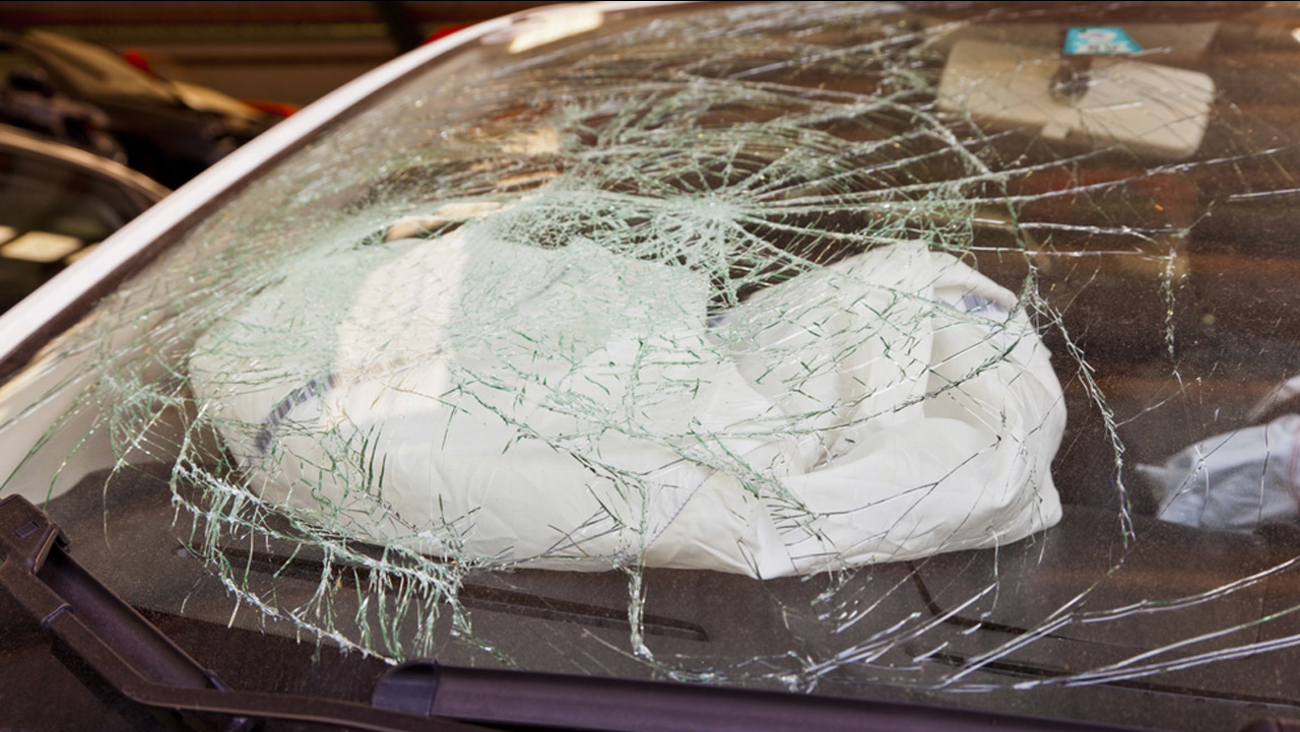 A smashed windshield and deflated air bag are shown in an undated photo. (Shutter Stock)

GLENDORA, Calif. (KABC) -- A man and elderly woman were killed in a car crash on the eastbound 210 Freeway in Glendora Saturday afternoon.

Witnesses also said another sedan was involved in the crash and had been smashed in between the other two vehicles.

The cause of the crash was unknown. The investigation was ongoing.