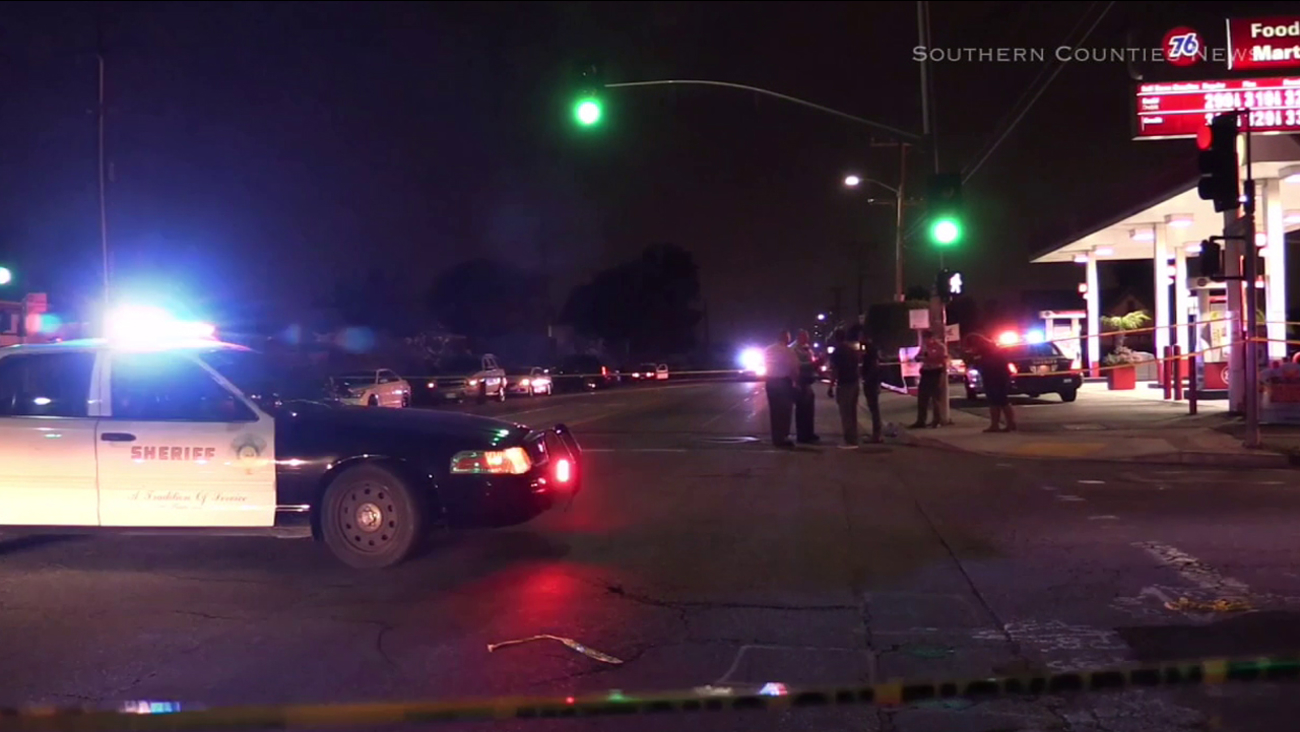 Los Angeles County sheriff's deputies investigate a double shooting at a 76 gas station parking lot in the 1200 block of S. Wilmington Avenue in Compton Sunday, May 15, 2016.

Authorities say three men were sitting inside the vehicle. The third person, a 26-year-old man, was not injured.

The surviving victim told detectives they were pulling out of the 76 gas station parking lot when a man, who was standing on the sidewalk, began shooting into the car.

The shooter was on foot but got into a white pickup truck and fled the scene, according to L.A. County Sheriff's Deputy Kelvin Moody.

The driver died at the scene and a 23-year-old passenger, who was found in the street next to the car, was pronounced dead at a local hospital.

The motive remains under investigation. A description of the suspect was not immediately available.

On Saturday night, two men were shot within hours of each other in Compton. It's unknown if the shootings were related.