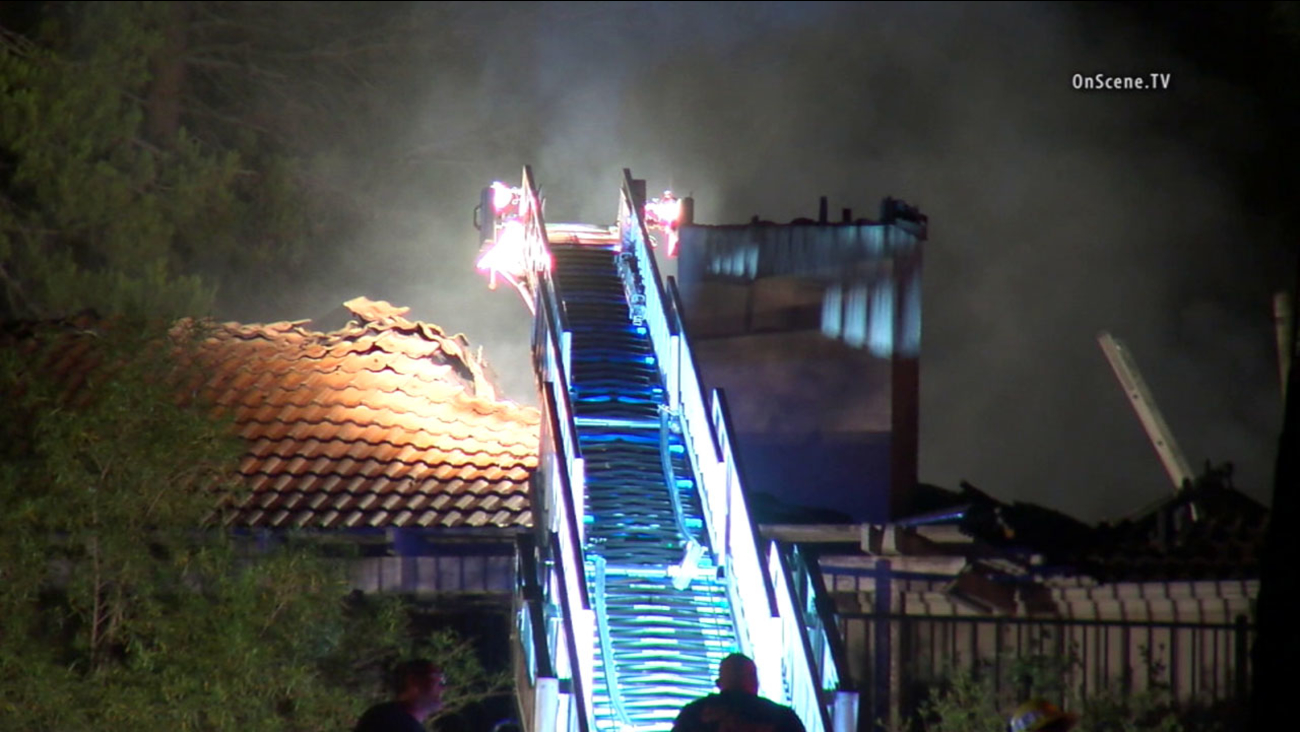 Firefighters worked to put out a fire in a Temecula home on Thursday, July 28, 2016. (KABC)

Firefighters responded to a structure fire around 11 p.m. in the 30500 block of Mira Loma Drive. By the time they arrived, the house was fully engulfed in flames.

It took crews about an hour to put out the blaze. Authorities first reported one person was found dead inside the home, but later found that two people had died.

The identities of the victims have not been released. The cause of the fire was unknown.