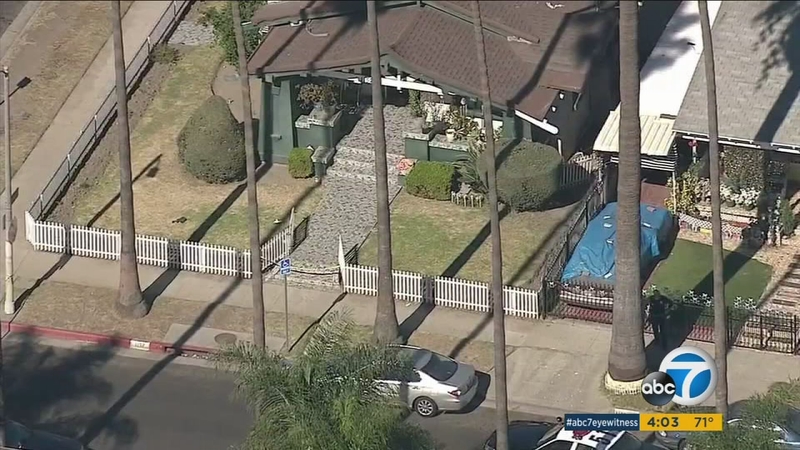 SOUTH LOS ANGELES (KABC) -- Two people were killed, including the suspect, in a shooting in South Los Angeles on Thursday.

Investigators said the shooting occurred in the 1100 block of West 55th Street. It was reported at around 11:30 a.m.

The victims were identified as Ponstella Everson and Michael Pineda. Tonya Everson, Pineda's wife and Everson's daughter, was transported to the hospital, according to Los Angeles police.

Authorities believe Pineda started the shooting after an argument occurred. Another person in the house then reached for a gun and fired back at Pineda, killing him.

Detectives said the second shooter is Ponstella Everson's son, who was questioned by detectives.

Family member Donna Harris, who spoke with Eyewitness News, said everyone in the home planned on moving to Victorville to get away from the violence in South Los Angeles. She said the family seemed fine the day before the violence broke out.