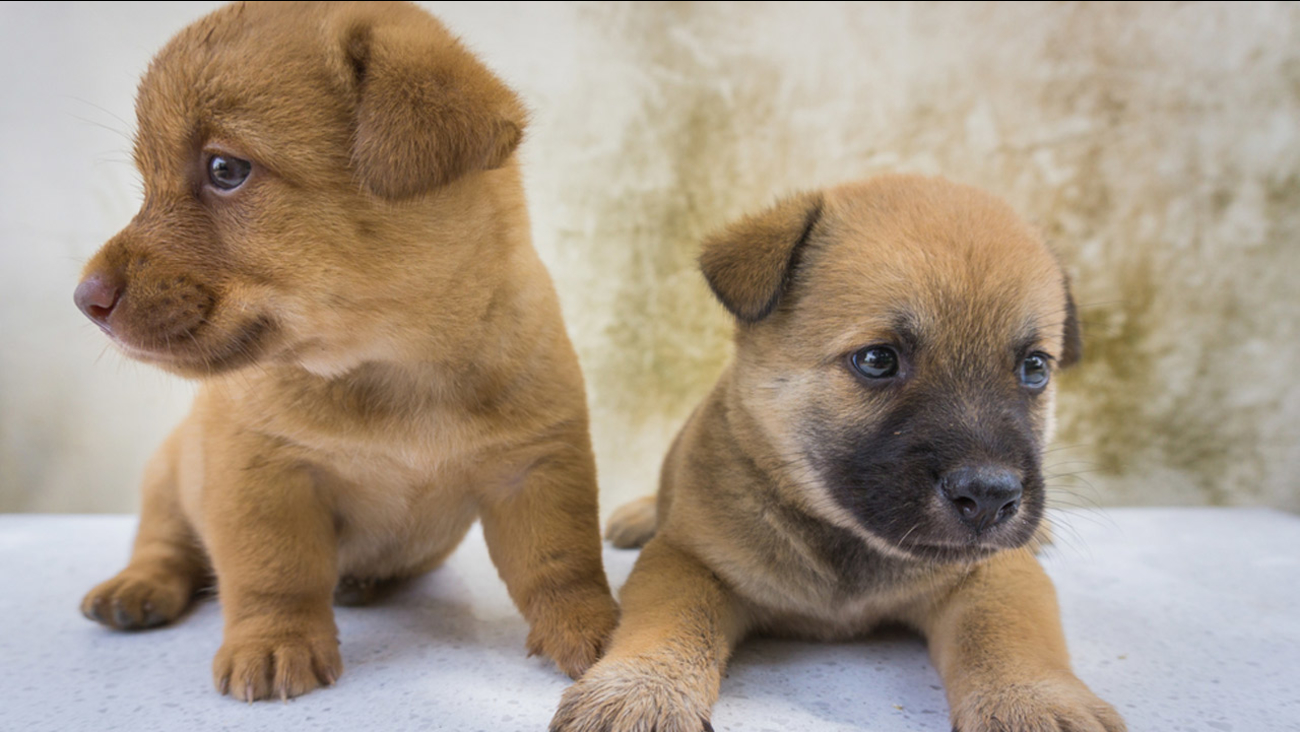 Two puppies are shown in an undated file photo. (Shutterstock)

BARSTOW, Calif. (KABC) -- A Barstow sheriff's deputy arrested two men suspected of throwing two puppies out of a car door and running one of them over Thursday morning.

Shortly before 11 a.m., Deputy Mamon with the Barstow Sheriff's Station received a call from a woman who said she was taking an injured puppy she had found to the veterinarian.

She told Mamon that two Hispanic men in their twenties were driving a burgundy Jeep Cherokee and had stopped at Waterman and Ramirez roads. The pair then threw two puppies out of the passenger door.

One of the puppies ran underneath one of the truck's tires and was killed when the suspects drove off. The deputy responded to where the Jeep was last seen and found the suspects. Both men confirmed their involvement in the crime, police said.

The men, 22-year-old Nathanial Herrera and 21-year-old Victor Galindo, were arrested on suspicion of felony animal cruelty and booked into Barstow County Jail.