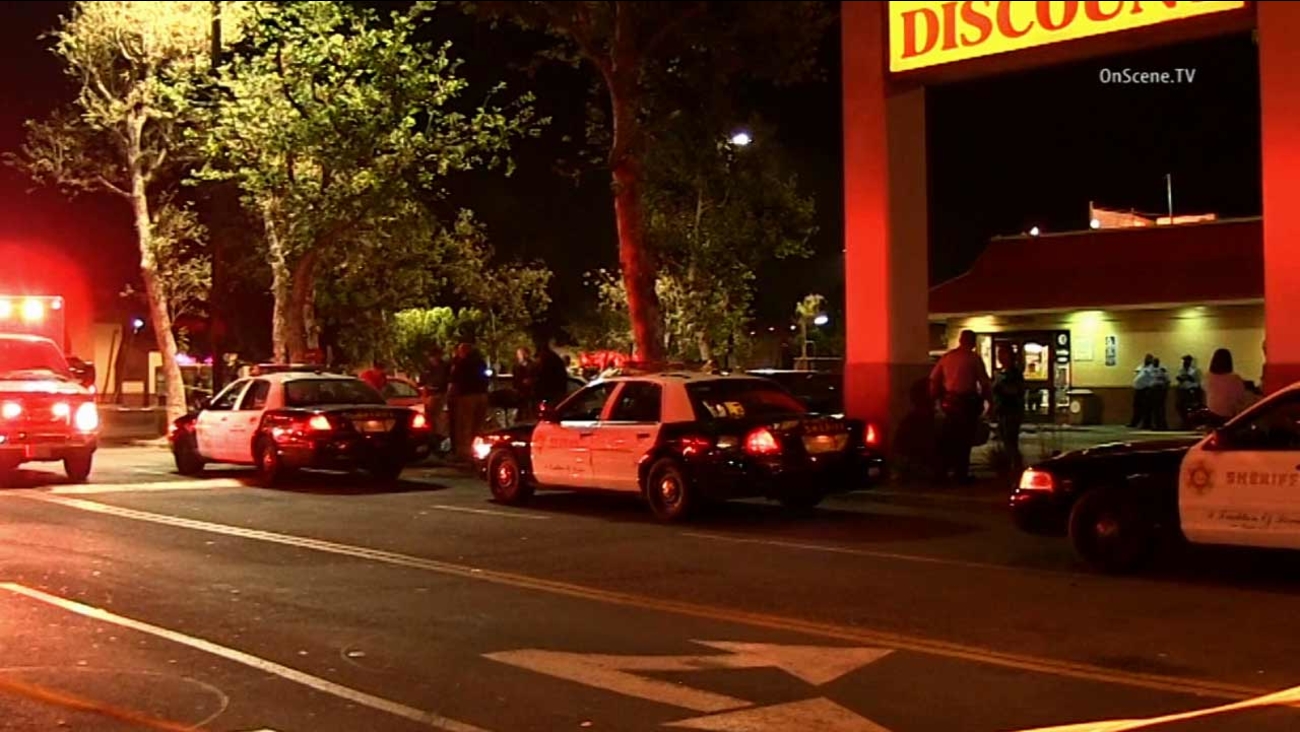 Los Angeles County sheriff's deputies respond to the scene of a fatal shooting in the 11800 block of Wilmington Avenue in Willowbrook Sunday, Aug. 9, 2015.

The suspects and victims began arguing inside the McDonald's and the argument continued outside in the parking lot, where it eventually escalated into a fight. At one point, a suspect produced a handgun and shot both victims in the upper torso.

The two suspects fled the area in a black four-door sedan heading northbound on Wilmington Avenue.

Responding paramedics rushed the two men to an area hospital, where they were pronounced dead, according to Deputy Kelvin Moody of the Sheriff's Information Bureau.

Anyone with additional information regarding the shooting was asked to call the Los Angeles County Sheriff's Homicide Bureau at (323) 890-5500.