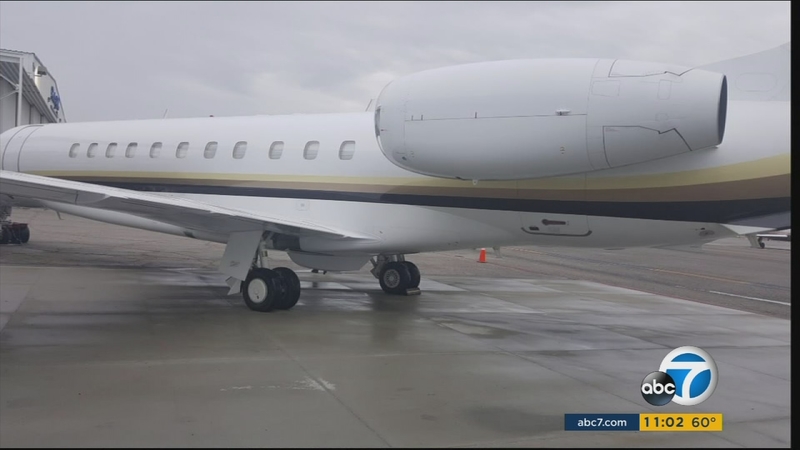 ABC7 learned of another security breach at the airport, the third one in the past several months. A police report stated a person climbed the fence at the airport at 9:20 p.m. on Saturday and caused more than $10,000 in damages to two planes and a car.

Officials said one of the planes had vital parts broken off and strewn about the tarmac. The plane has since been grounded.

The Van Nuys Airport is one of the busiest general aviation airports in the United States and a popular choice for celebrities and VIPs who fly into Los Angeles.

But security issues have plagued the airport in recent months.

In March, a man crashed his pickup truck through the airport fence, drove across the tarmac and crashed into a plane. In late December, someone spray painted planes on the airport grounds.

"This is something that has to change," Marshall McClain, president of the Los Angeles Airport Peace Officers Association said.

"Our police management has been unwilling to properly staff that facility. At the time of this incident, I believe we only had two officers on-duty," McClain continued. "In this day and age, in a post 9-11 world, that's completely unacceptable."

The police report stated an FBI agent went to the scene and reviewed surveillance video from the area. The Los Angeles Airport Police said their investigation into the incident was ongoing.