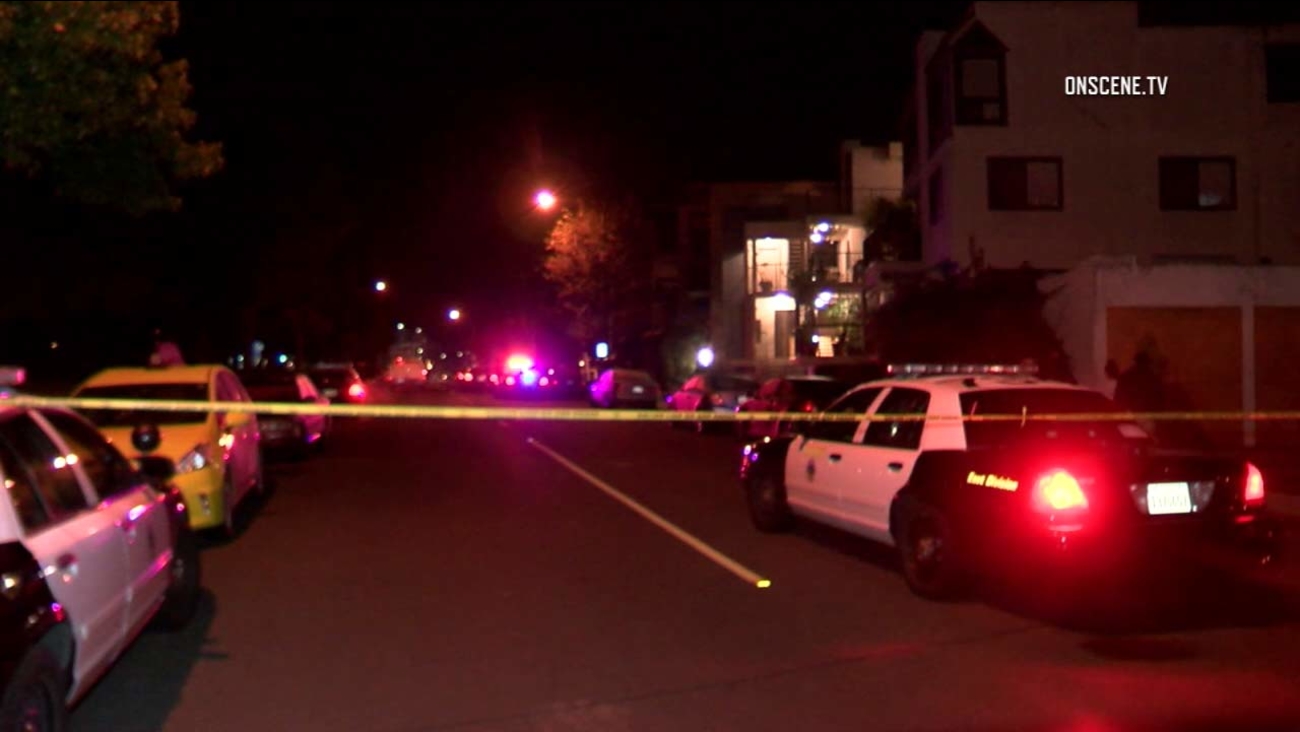 Police vehicles are seen behind crime tape at the scene of a shooting in Long Beach on Monday, Nov. 21, 2016.

LONG BEACH, Calif. (KABC) -- A man and a woman were found with gunshot wounds when police responded to a domestic violence call at a Long Beach apartment, where two young children were also found.

Police received a call about a possible domestic violence incident at an apartment complex at the corner of 10th Street and Park Avenue around 10 p.m. Monday.

Responding officers found a man and a woman who had been shot. Two young children were also found unharmed at the apartment in a different room. Police did not give the children's ages but described them as infants.

The woman died at the scene, and the man was rushed to the hospital in critical condition.

Investigators are trying to determine what led up to the shooting. Police say a gun was found at the scene.
Related topics:
long beachwoman shotchildrenshootingdomestic violenceman shotpolice
Copyright © 2021 KABC-TV. All Rights Reserved.
More Videos
From CNN Newsource affiliates
TOP STORIES