Woman, infant son forced into trunk of their car in possible Inglewood kidnapping 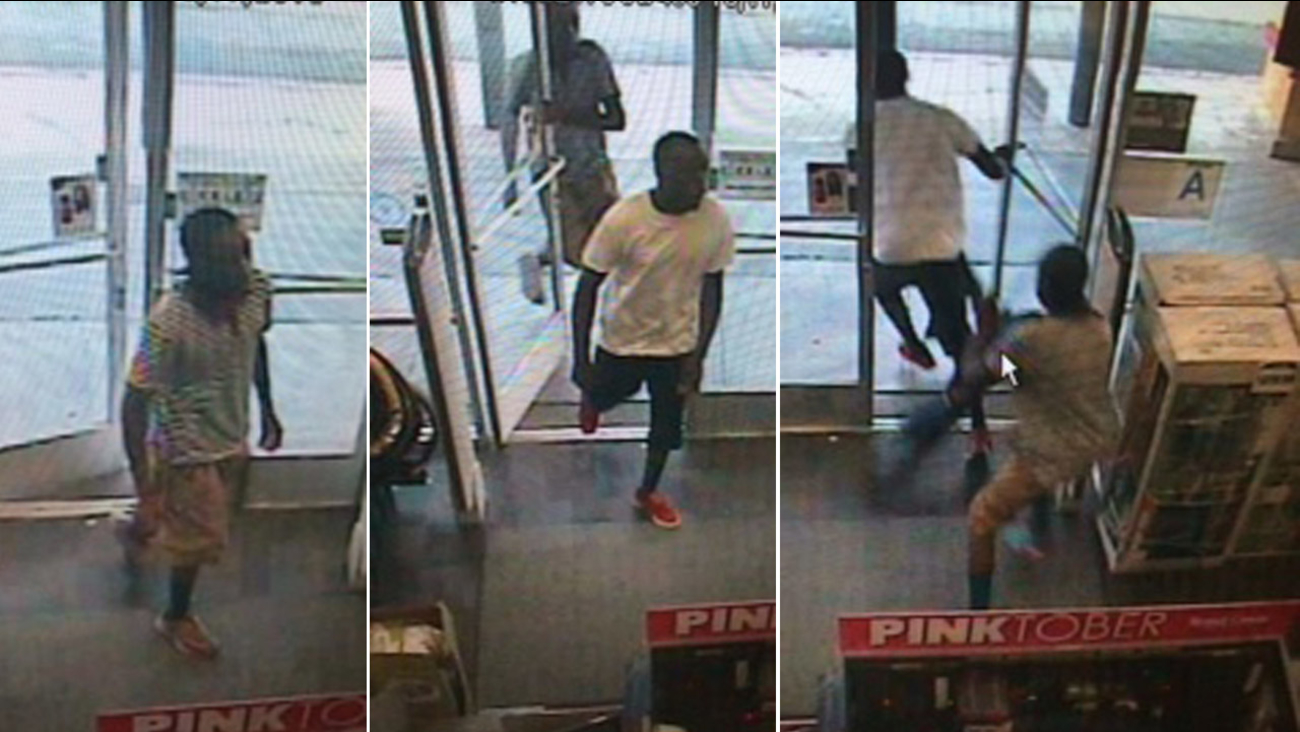 Two suspects who may have kidnapped a woman and her infant son are shown in surveillance photos on Saturday, Oct. 17, 2015. (KABC)

KABC
By ABC7.com staff
INGLEWOOD, Calif. (KABC) -- Inglewood police are asking for the public's help to find a woman and her son who may have been kidnapped by two men Saturday morning.

The woman and her infant child were at a shopping center in the 2800 block of West Imperial Highway when around 11:12 a.m. witnesses saw two men approach the pair as they walked to their car.

Once the woman was at the driver's door, the suspects forced her to turn over her keys. They then forced her and her child into the trunk of her car.

The two men quickly entered the vehicle and drove out of the parking lot, heading eastbound on Imperial Highway.

The victim's car is described as a silver late-model, four-door Mercedes-Benz with tinted windows and chrome rims. Witnesses said the car appeared to be in good condition with no visible damage.

The woman was described as a light-skinned African American in her 20s. She was wearing a blue denim jacket, blue jean pants and a multi-colored scarf. Her infant son was wearing a pink T-shirt, a diaper and had braided hair.

The suspects are described as black males in their 20s, about 5 feet 3 inches, weighing 140 pounds. One was in a gray striped T-shirt with blue jeans and short hair. The other suspect was wearing black pants, a blue jean jacket, white T-shirt and a black baseball cap.