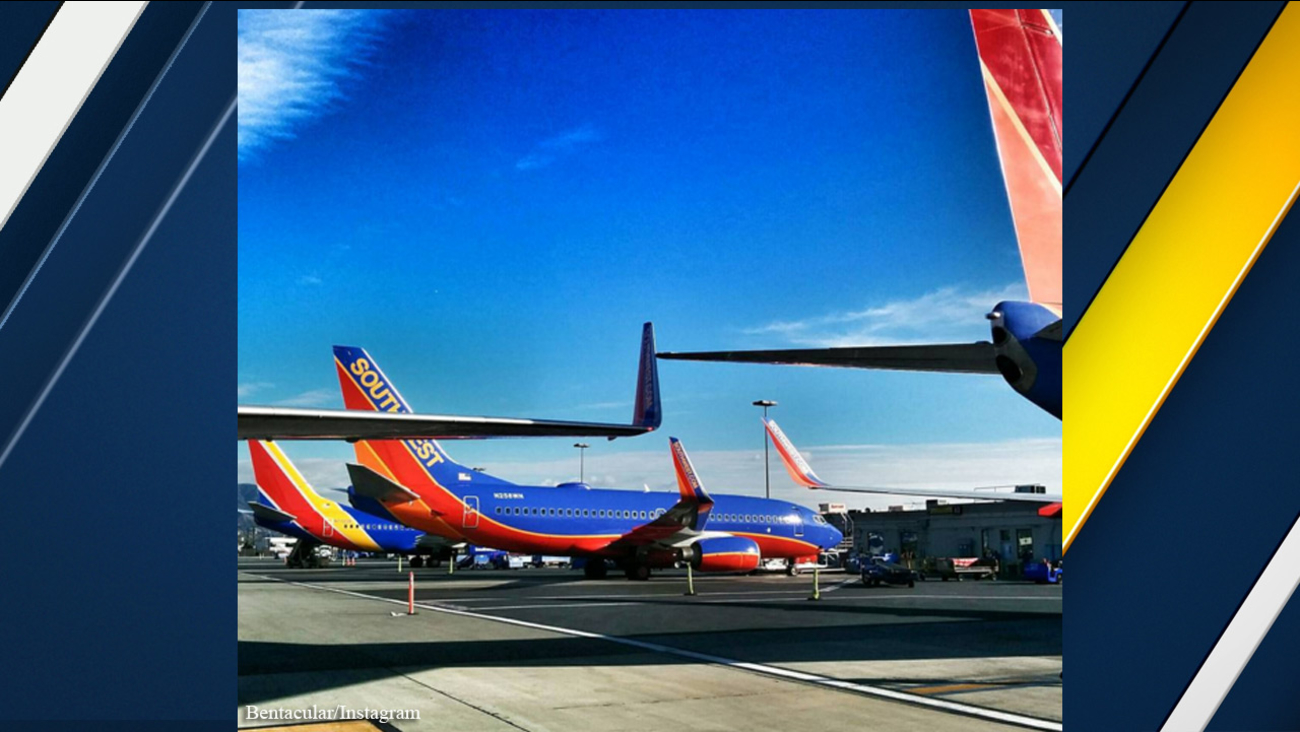 A photo posted to social media by a passenger appears to show the wings of two Southwest Airline aircraft touching at Burbank's Bob Hope Airport on Sunday, Dec. 20, 2015. (Bentacular/Instagram)

No injuries were reported. A damage estimate was not immediately available.

The FAA said the crash happened in an area where air traffic controllers were not controlling the aircraft.