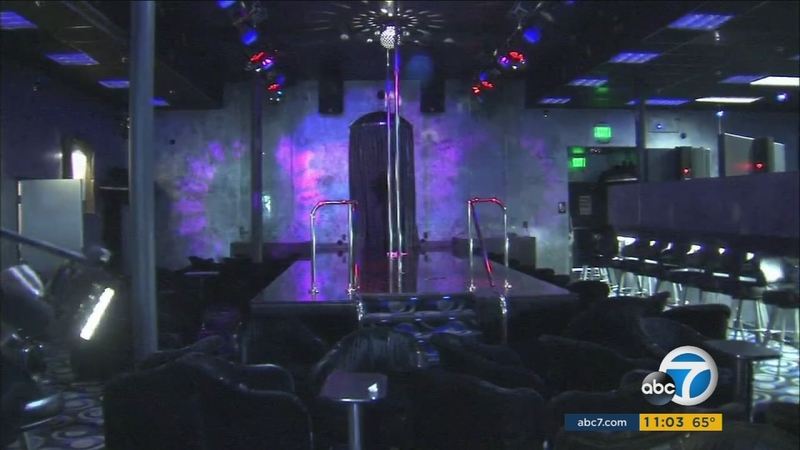 CANOGA PARK, LOS ANGELES (KABC) -- Two suspects were shot and killed by an armed security guard in a possible attempted robbery at a gentlemen's club in Canoga Park early Saturday.

Officers responded to several calls of an active shooting shortly after 4:30 a.m. at Xposed Gentlemen's Club, located in the 8200 block of Canoga Avenue, according to the Los Angeles Police Department Topanga Station.

Police believe two people attempted to rob the club when gunfire erupted between the suspects and a security guard. The would-be robbers were fatally shot, police said, and the guards and a DJ were wounded but were expected to survive.

"It was inside the club. I know it was happening around 4:30 a.m., they were trying to clear out the club. It actually happened right in front of the stage," Kassie Hughs said.

The suspects were dead at the strip club by the time officers arrived, according to Capt. Paul Vernon of the LAPD.

Vernon added that authorities were called to the location numerous times before. In the last week, he said two other robberies were associated with the strip club.

The identities of the suspects were not yet released, but police said tattoos found on their bodies show they were possible gang members.

City officials said the strip club is a problem location with numerous reports in the past involving prostitution and other crimes. Officials even tried to shut the club down.