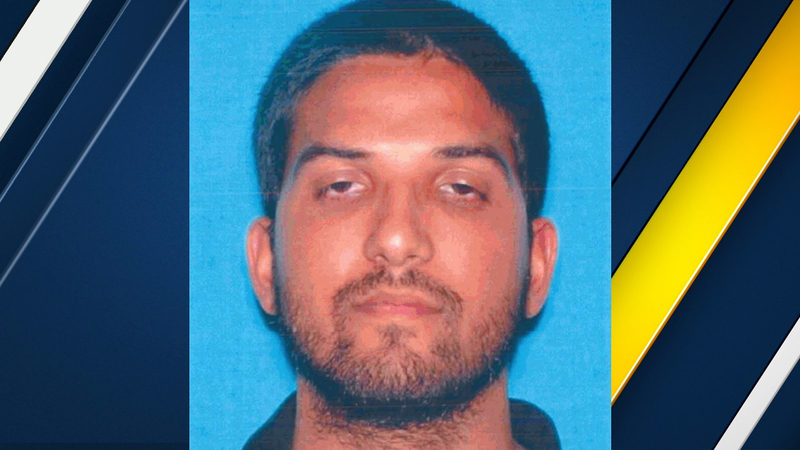 What we know about San Bernardino mass shooters

Police said Farook, 28, was born in the United States, possibly in Chicago, and worked as an environmental inspector for the San Bernardino County Department of Public Health for five years. Officials at the Islamic Center of Riverside said Farook attended the mosque seven days a week and was described as a quiet person who never showed signs of violence.

Farook graduated from California State University, San Bernardino in 2010 with a bachelor's degree in environmental health, according to CSUSB spokesman Joe Gutierrez.

His parents, Syed Farook and Rafia Sultana, were born in Pakistan and obtained U.S. citizenships two years after Syed was born.

Farook's brother-in-law, Farhan Khan, said the suspect married 29-year-old Tashfeen Malik, also of Pakistan, two years ago. Farook was an American citizen, while Malik was in the United States on a Pakistani passport and had a K1 "Fiance" Visa, according to David Bowdich, assistant director of the Los Angeles FBI office.

In accordance with U.S. regulations, Farook would have petitioned for Malik to enter the country and they were to be married within 90 days of her entry.

The Saudi Embassy in DC confirmed Farook traveled to Jeddah, Saudi Arabia from Chicago on July 2014 for a total of nine days with Malik, and authorities were investigating the circumstances surrounding the trip.

On Aug. 16, 2015, the couple married in Riverside, according to a marriage certificate obtained by ABC News. Soon after, the couple had a daughter.

Hussam Ayloush, executive director of the Council on American-Islamic Relations, told ABC News the suspects dropped their 6-month-old baby off with one of their mothers prior to the attack, claiming they had a doctor's appointment.

Police said the pair rented a black Ford SUV used in the attack days prior to the carnage at the Inland Regional Center and was due to be returned the day of the shooting. Authorities said Farook and Malik were killed in a gun battle with police following the killings and a short pursuit involving the vehicle.

The chase began after authorities received a tip about the SUV near a home in Redlands. Investigators later served a search warrant for that home where Farook and Malik were listed in its rental agreement, and found dozens of pipe bombs and tools for making explosives and over 3,000 rounds of ammunition.

Officials said Farook attended a banquet and conference held at the Inland Regional Center Wednesday morning by the department of public health, but left angry during a break in the meeting.

Soon after, witnesses said Farook and Malik returned to the conference room dressed in black tactical gear and started shooting. Police said the suspects fired 65 to 75 rounds and left three pipe bomb-style devices with a failed remote control at the scene of the attack that were later disposed of by authorities.

Although it was earlier believed that a third suspect was involved, police later said Wednesday evening that Farook and Malik were the only shooters involved.

Farook's brother-in-law said he was stunned to hear of his relative's involvement in the shooting.

Farhan Khan, who is married to the sister of Farook, spoke to reporters at the Anaheim office of the Council on American-Islamic Relations and said he had "no idea why (Farook) would do that."

Authorities were working to determine Farook and Malik's motive, which could include workplace violence or terrorism.