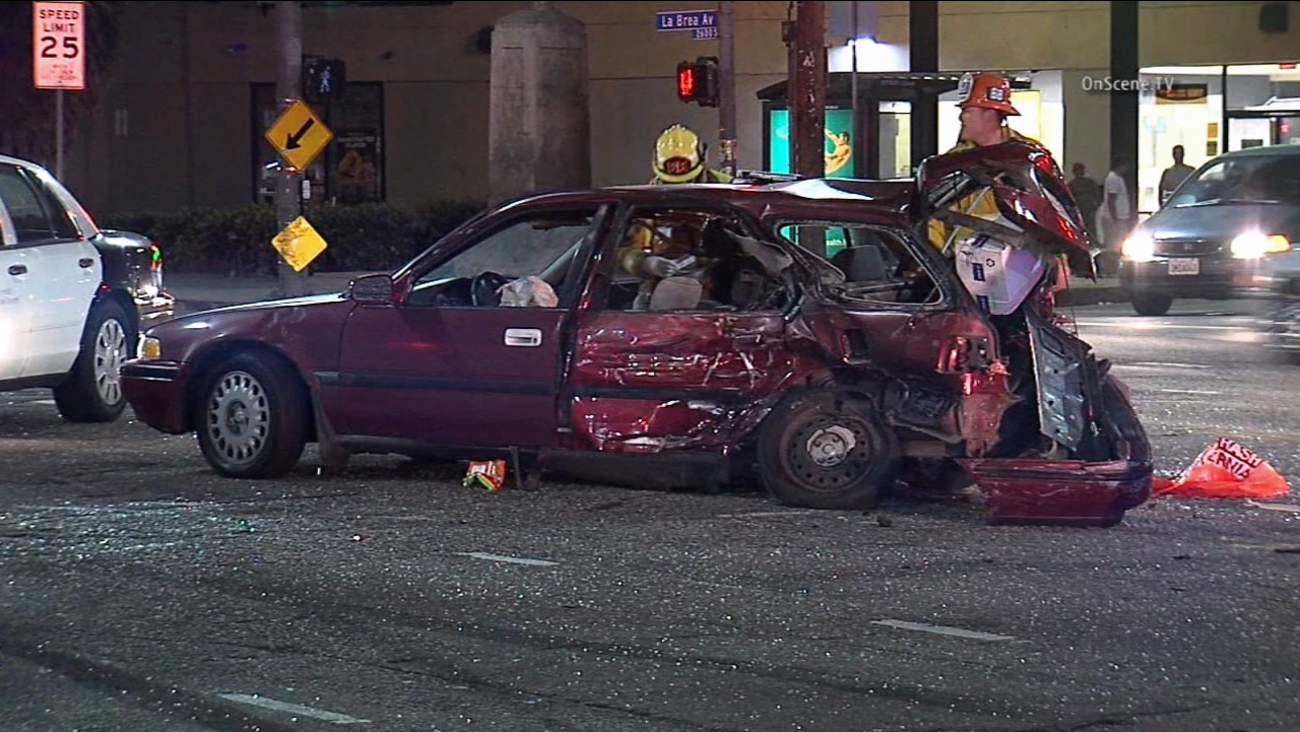 LOS ANGELES (KABC) -- One shooting suspect was arrested and two others remained outstanding Tuesday after they crashed into two cars during a short police chase near West Adams Boulevard.

Authorities began chasing the three suspects around 11:25 p.m. Monday. The suspects were headed northbound on La Brea Avenue when they ran a red light on West Adams Boulevard.

The suspects collided with two cars heading westbound on the boulevard. The driver and a passenger in one car suffered minor injuries, and the driver in the second car was not injured.